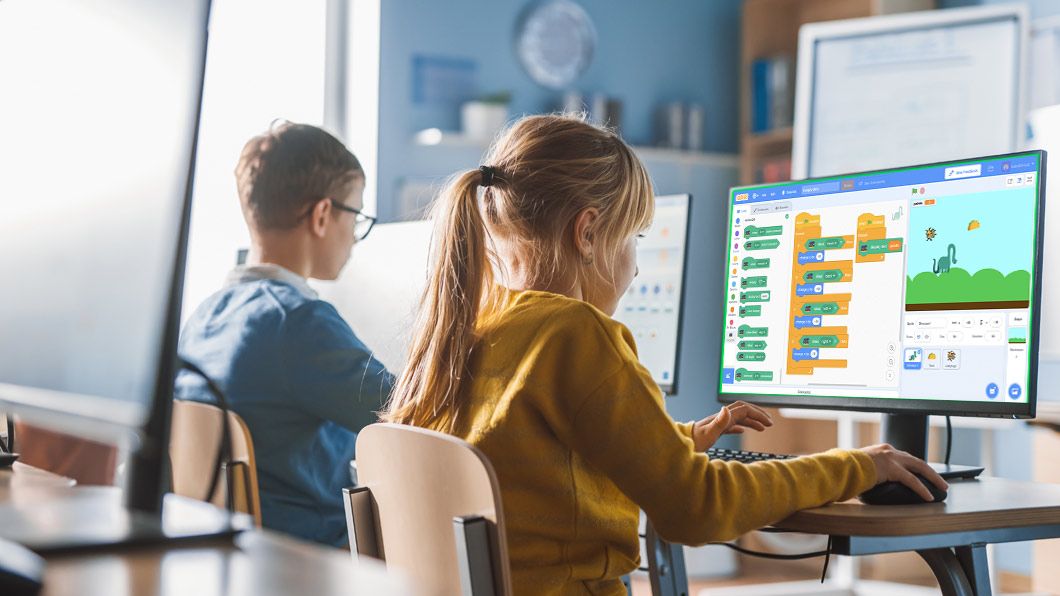 Shahid Ibrahim is a blogging Enthusiast. He is so passionate about writing, traveling and sharing an

Most parents fail to provide their children with proper coding education because of a lack of coding courses in elementary school. Many parents don’t have the ability to teach coding themselves. If you want your kids to stay up to date with modern education and are looking for a way to teach your kids the basics of computer programming and coding, check out some of these best coding apps for kids.

These apps are available either on the web or on the Apple iPad.

Gamestar Mechanic caters to the kids between the age of 7 to 14 and helps them design their own video games. It offers interactive self-paced quests for students to complete while they learn to build game levels. Using this site, children can learn critical thinking and problem-solving skills.

2. The Scratch Coding App for Kids

Scratch is specifically designed to introduce young minds to the world of computer programming. It was developed by MIT students and staff in 2003 and has been the go-to program since to teach kids the fundamentals of coding.

Scratch offers a visual programming language that consists of blocks that need to be dragged and dropped for a program to run. Putting various types of blocks together creates loops, variables, initiate interactivity, play sound, etc. You don’t have to be a programming genius to learn and understand scratch. It is designed to be understood easily.

Tynker is relatively new in the sea of coding platforms but has gained enough traction over the period of its existence to be called one of the best coding apps for kids. It has a similar interface as that of Scratch but with entirely different intentions.

While Scratch was designed to help kids program, Tynker aims to teach programming. Tynker consists of various lesson plans, management tools, and a showcase of programs that students have created through coding. Tynker is easy to follow and allows even a neophyte student to follow without any additional help.

4. Move The Turtle: A Coding Game for Kids

Move The Turtle is a gamified program that teaches the basics of programming. Being a gamified program allows it to have an entire story arc with characters and plot lines that kids have to follow through in order to learn the fundamentals of coding.

With each new level, the difficulty rises and kids are taught new commands that make the Turtle move, make a sound, draw a line, etc. There is also a free play mode called “Compose” which allows kids to move the Turtle as they like.

Hopscotch is another visual coding program similar to Scratch and Tynker that offers drag and drop interactive mechanism. The app only runs on iPads.

While the characters and the mechanisms are not as high-end and vast, Hopscotch still remains one of the best coding apps for kids that teaches the basics of computer programming, logical thinking, and problem-solving.

Daisy The Dinosaur comes from the same camp as Hopscotch but is aimed at younger students. The app consists of a dinosaur that can be moved using commands.

Since the app is limited to performing basic programming functions, it is a great introduction to coding classes for kids who are just starting to learn to code.

7. The Cargo-Bot Coding App for Kids

Cargo-Bot is a game-based app that teaches computer programming to kids. Each level consists of coloured crates that can be moved by programming a claw crane to move left or right and drop and pick up.

Designed for iPads, the app was developed using a touch-based app called Codea, which is based on the programming language Lua.

We hope this list of the best coding apps for kids will help you guide your children along their path to becoming a computer programmer. With the world becoming more and more digitized each day, we wouldn’t be surprised if coding became a mandatory class in schools alongside mathematics and science.

Get ahead of the game by instilling in your children a love of programming from an early age!