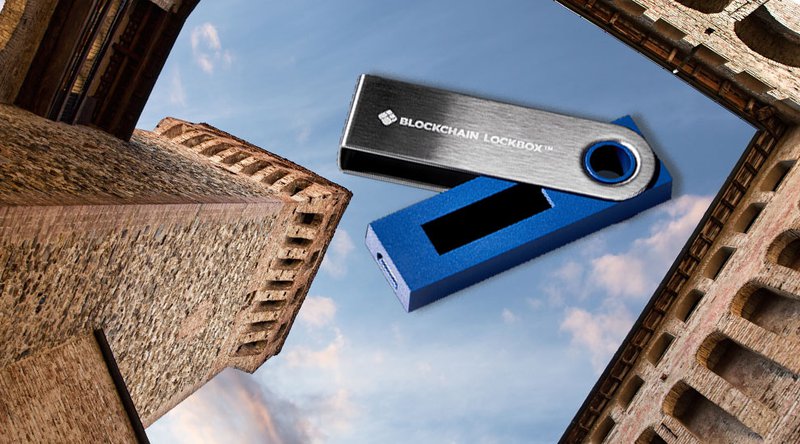 Google Ventures-backed Blockchain is debuting a hardware wallet that integrates with its software services, a press release shared with Bitcoin Magazine details.

In a partnership with hardware wallet manufacturer Ledger, the cryptocurrency software company has developed what it calls “a custom hardware device.” Dubbed the Blockchain Lockbox, the wallet, like Ledger’s own suite of products, will allow users to store their private keys offline in the device. This practice, referred to as cold storage, is considered a safer alternative to hot storage, wherein private keys are held in software connected to the internet.

According to the release, existing Ledger users “will be able to pair their Nano S devices” to the Lockbox, and a representative told Bitcoin Magazine that “it will also facilitate crypto-to-crypto trades through Blockchain’s native brokerage, Swap.” When asked which coins the wallet would support, the representative said that “Lockbox will mainly support Bitcoin, Ether and Bitcoin Cash. Though, the teams are in the works to add support for additional asset depending on user demand.”

“We’re thrilled to offer the Lockbox to Blockchain users so they can easily manage their funds online and offline seamlessly,” Peter Smith, CEO and co-founder of Blockchain, said in the release.

Ledger’s president, Pascal Gauthier, called the partnership “a natural fit,” stressing the importance both companies — and the crypto community at large — place on cyber security.

“With stories about crypto hacking continuing to dominate headlines, it’s obvious that security must be top of mind for all stakeholders in the crypto space. With the combined forces of Blockchain and Ledger, users are truly getting the best of both worlds,” he said.

Though seemingly hyperbolic, Gauthier isn’t exaggerating when he says hacks “dominate headlines.” The first month of 2018 saw the biggest hack in the industry’s history since Mt. Gox, and Japan alone has suffered over half a billion dollars worth of losses this year.

The hardware wallet is open for preorders today, October 25, 2018, with delivery slated for mid-November, and the press release indicates that early customers will receive a “special edition blue version” of the wallet.

This article has been updated to include commentary from a Blockchain representative that Bitcoin Magazine received after the article was published.

How to Build A Streaming App Like Netflix? | Hacker Noon