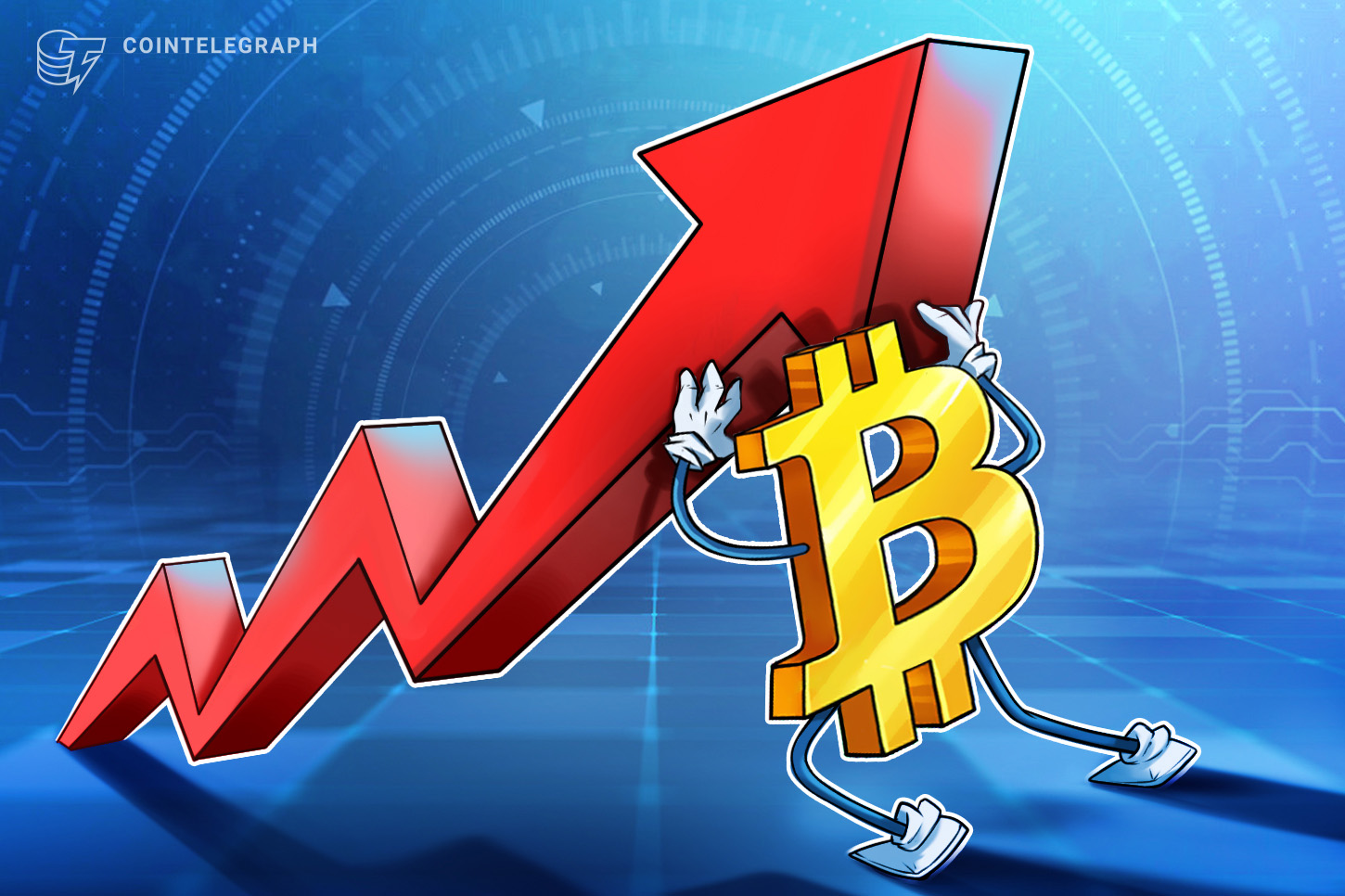 Within the last few hours, Bitcoin (BTC) price surpassed $11,000 in a swift turnaround from its swing low at $10,500 in early October. Analysts have attributed three major factors to BTC’s abrupt trend reversal.

The potential catalysts are whale accumulation, a spike in institutional demand and the strength of the $10,500 support.

Whales are either accumulating or refusing to sell

Earlier this week, Cointelegraph reported that activity within whale clusters pointed to strong buying demand from Bitcoin and Ethereum whales. In the cryptocurrency market, individual investors who hold immense amounts of Bitcoin are considered whales.

Data from Whalemap shows that whales have likely been buying Bitcoin from $10,370 onwards, and on Oct. 8, the analysts said that the $10,570 support held. This indicates that whales bought substantial amounts of Bitcoin in the $10,407 and $10,570 range.

Since whales typically account for a large portion of the buying demand and selling pressure in the Bitcoin market, whale accumulation is a significant catalyst.

Institutional demand is rising due to high-profile bulk Bitcoin investments

In the past two months alone, two multibillion-dollar conglomerates made public bulk purchases of Bitcoin.

First, MicroStrategy disclosed that it had bought $250 million worth of Bitcoin on Aug. 11. Then it followed up with another statement revealing that it purchased an additional $175 million worth BTC.

According to Peter Brandt, a veteran market analyst, the daily and weekly Bitcoin charts point at a “big buy signal” after Square’s investment.

Brandt emphasized that a major corporation investing in Bitcoin is a highly significant event for BTC. He noted:

“It is a major development that a global corporation is now putting $BTC onto its balance sheet. The weekly and daily charts are poised to flash a big buy signal.”

The daily volume on institution-tailored Bitcoin exchanges, including LMAX Digital and Bakkt, has continuously surged since August.

On top of favorable fundamental factors such as whale accumulation and a rising hash rate, the growth in institutional appetite for BTC is adding extra energy to the momentum seen in Bitcoin’s price.

The $10,500 area has been a crucial support level for Bitcoin over the past three months. It has significant historical relevance and has acted as a pivotal level for short-term price cycles.

Technically, holding the $10,500 support level is crucial in sustaining a Bitcoin uptrend. The level represents the July 2019 peak, and it indicates that BTC is using its previous peak to continue recovering to new highs.

Typically, sellers deposit Bitcoin on exchanges in order to sell the dominant cryptocurrency. Hence, when there is a lacking reserve of BTC on trading platforms, it means lower selling pressure.

“BTC All Exchanges Netflow(MA30) hits the year-low lately. In most cases, exchange netflow is likely to keep negative when the bull-run is about to start. I would say the 2017 bull-run was the same.”

The confluence of declining sell pressure, rising institutional demand and the favorable technical structure suggest that Bitcoin may have some success in flipping $11,000 from resistance to support.