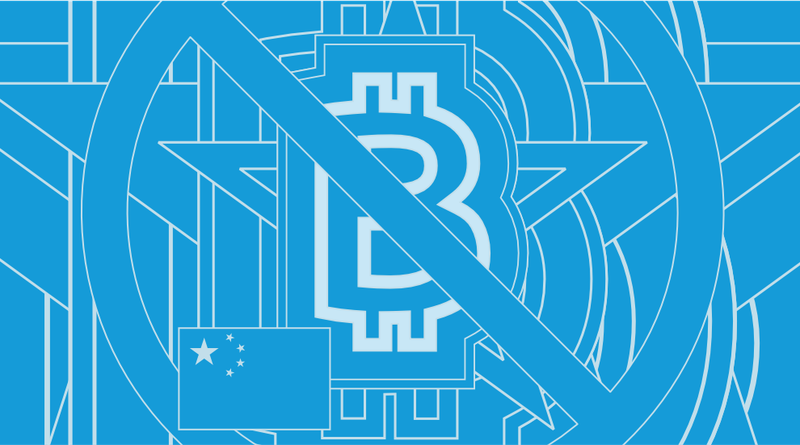 The Chinese government has often had a tumultuous relationship with Bitcoin, but things came to a head in 2017. By the end of the year, there was no longer a Chinese industry exchanging bitcoin for fiat currency. How did that happen, and where does China go from here?

From his office in Shenzhen, Virgilio Lizardo, Jr. has watched the waning of China’s influence on bitcoin pricing with interest. As Vice President of International Affairs at Bitbank Group, he sees cryptocurrency trends and pricing daily. The group’s businesses include China’s former fourth largest Bitcoin exchange CHBTC, alongside BW Mining, which manufactures miners and runs its own pool. With its Bitbank Bitcoin bank and crowdfunding business, the group is well-acquainted with all parts of the cryptocurrency’s ecosystem.

Fissures in China’s relationship with Bitcoin appeared in January, when the People’s Bank of China (PBOC) warned citizens about the risk of trading in bitcoin, and then investigated three exchanges: OKCoin, Huobi, and BTCC. The investigation led to a temporary freeze on margin trading, traditionally used as a means of capitalizing on short-term price changes.

Some exchanges subsequently re-introduced margin trading with limits on the available leverage, but the damage was done.

International traders who were still interested in the Chinese market suffered another blow in early February, when the three exchanges froze bitcoin withdrawals altogether, locking up bitcoins for four months.

This volatile policy shifted the focus of Chinese exchanges from the international to the domestic market. In the meantime, Japan gained dominance, passing legislation legitimizing bitcoin as a payment currency and increasing its price.

By the time the exchanges re-opened withdrawals, market focus had shifted. “By this time, Japan already cemented its position as the leading market for bitcoin trading, because a lot of international traders just didn’t feel confident about Chinese exchanges,” Lizardo said.

That lack of confidence was well-founded. In September, the Chinese government once again cracked down on a key aspect of the cryptocurrency market, this time banning initial coin offerings (ICOs) (see original announcement here). These financial events allow the public to buy cryptocurrency tokens. The tokens give them a stake in new software applications that run on blockchain technology.

“In the summer China was probably the number one market for ICOs,” said Lizardo. “There were a lot of scammy, fraudulent ICOs happening that caught the attention of the authorities.”

From there, the conversation escalated quickly, resulting in Chinese exchanges voluntarily closing down their Yuan-BTC trading services. BTC China and Via BTC both said that they would halt trading, as did OKCoin and Huobi, and BTCC. Some exchanges have since mulled moving operations overseas, or restricting activities purely to non-fiat cryptocurrency trading.

The exchange closures led to plummeting bitcoin prices, which slipped from a high of US$4884 on Sept 4 to US$3312 on Sept 17. But after that, bitcoin’s price rise has been astronomical. It was nudging US$9800 at the time of writing.

“It was a combination of the momentum built up by nation states – particularly Japan – legitimizing the currency, and traders realizing that the influence of China on the price of bitcoin is coming to an end.” There are other markets ready to absorb China’s bitcoin trading volumes, he added.

There are still plenty of options for Chinese bitcoin traders, though, as the market focuses inward and moves to over the counter (OTC) trading.

“When exchanges were locked out of the picture, all the volume and trading in that network went into over-the-counter (OTC),” he said.

He noted that following the crisis earlier in the year, the user base for BitKan, the leading OTC bitcoin app in China, increased fifteen-fold.

Bitkan, which has since closed, connected users initially, but then enabled them to exchange their own messaging information and begin transacting directly.

“In China the mobile ecosystem is beyond anything in the world. It’s easy to transfer fiat to each other using just a messaging app,” he pointed out. Based on BitKan’s user numbers, the real volume of OTC bitcoin trades in China today is probably huge, but it’s also almost entirely invisible.

“Informally, every OTC trader in China is doing spectacularly well right now,” Lizardo Jr concluded. “The market is so huge that each trader can have their own network and it won’t overlap with another OTC network, and that doesn’t even count international OTC relations,” he said.

While the market has refocused internally for the time being, Lizardo said that the government has “left itself some wiggle room” if it wants to re-establish a trading environment between Bitcoin and fiat markets in the future.

“Blockchain technology and Bitcoin are marching on at their fastest pace ever,” he said, adding that there is always an option to reopen the markets. “With Japan and others moving forward more positively, I don’t think that China will stay on the sidelines forever.”