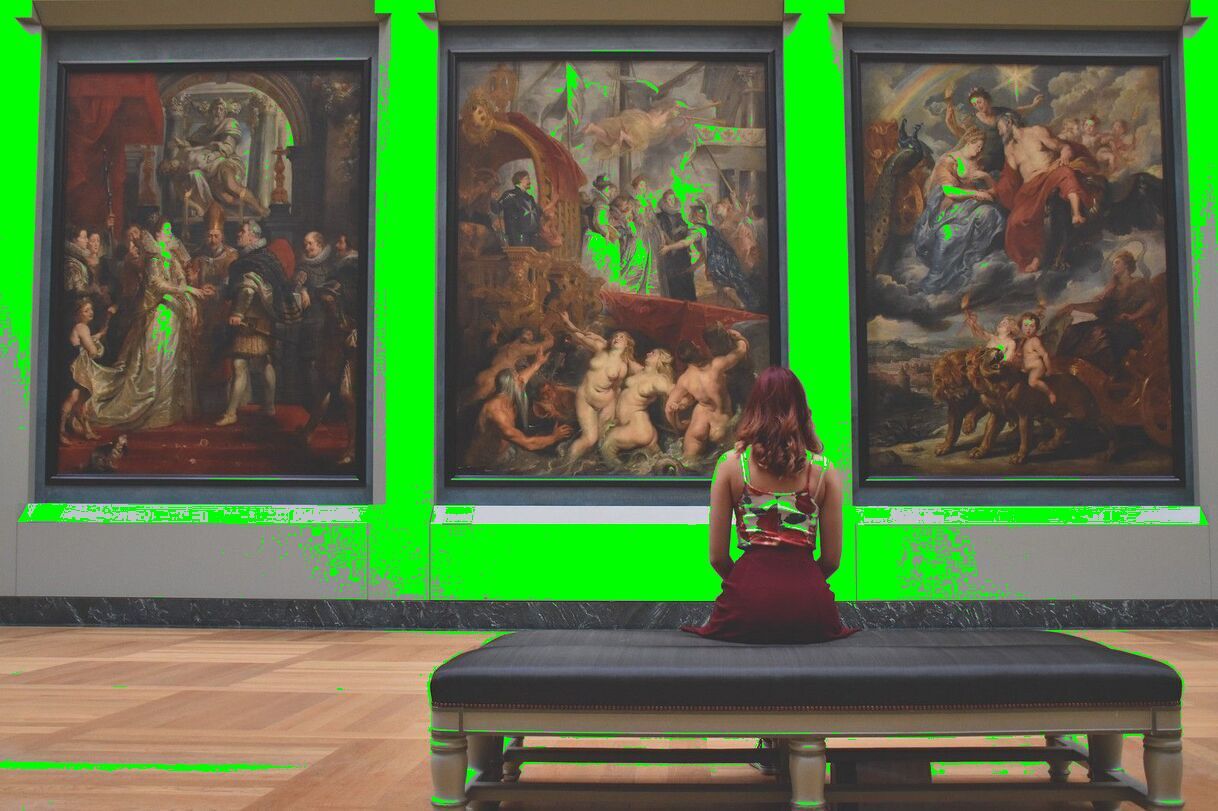 The way the world interacts with visual art is changing. As we move towards a more digital state, it is no surprise the way we create, consume and collect art has followed suit.

This paradigm shift has taken form in the art world through the rise of rare digital art, aka crypto art, which blends art and technology to create a new market and medium.

Since its conception in 2017 (give or take), the rare digital art market has amassed over 7 million in sales with exponential growth in the past few months.

This movement has given birth to online galleries and marketplaces, such as our company MakersPlace, which utilize blockchain technology to protect, authenticate and apply scarcity to digital artworks, something that until recently was impossible.

A recent record-breaking sale of $200,000+ for a collaborative series from two traditional-turned-digital artists Trevor Jones and Jose Delbo on our platform brings to light the exciting potential of this growing art movement which is showing no signs of slowing.

The Evolution of Art

Photo by AussieActive on Unsplash

Human beings’ love of aesthetics and visual stimulation have been a defining feature of our species since the dawn of time. In fact, paleoanthropologists believe our aesthetic tendencies have been a central trait of humanism present in our early ancestors, dating back far beyond the emergence of the homo sapiens species we now belong to.

Photo by Behzad Ghaffarian on Unsplash

This love for aesthetics, aka art, has manifested throughout our universal culture for centuries. Art in its various forms has played a central role in society, both influencing and depicting religion, politics and so much more. Many historians link the origins of collecting artwork to religion across cultures.

In the (relatively) early days of human society, visual art commissions were usually initiated by religious leaders and organizations, with “art collections” mainly being hosted in sacred temples and places of worship. Eventually, visual arts’ reach spread across the various contexts of human society, giving birth to the “art patron” who collected solely for the love of art (or the hope of later profit).

Today, the vast majority of the world participates in some form of art patronage, whether it is within the vast realm of personal collecting or enjoying the collections hosted by numerous art institutions worldwide.

The world we live in today has completely evolved from what it was just a few decades ago. All aspects of our life are being shaped and affected by technology.

To exclude art from this evolution would be nonsensical. Our continuously evolving interactions with art have resulted in a transformative switch, which has given way to the next phase of art consumption, that is the rare digital art movement and a host of opportunities for artists and art enthusiasts that come with it.

The Moth Catcher by Cody Seekins sold on MakersPlace for $1,875 to collector RolloTomasi

The rare digital art movement is taking place in an unexpected place: the blockchain. Artists across mediums, backgrounds and the world are joining this movement which has finally made it possible to profit from the sale authenticated digital art.

Digital art authenticity through blockchain technology has allowed for principles of scarcity to be applied to digital art, something that was previously impossible.

Through blockchain technology, the authenticity of a digital artwork is guaranteed through an indelible signature and timestamps. Each artwork is stored on a non-fungible token (NFT).

Principles of scarcity/rarity that have previously been limited to physical art markets can now be applied to digital art, thus making it “rare digital art”. Most platforms run on the Ethereum blockchain thus the rise of the term “crypto art”, however, MakersPlace additionally accepts art purchases in credit cards, allowing for a seamless transition for new collectors and artists entering the space who aren’t well versed in cryptocurrency.

Humanoid Pantheism by Emotionull sold on MakersPlace for 5 ETH (~$1,899) to collector Maxstealth

This movement is democratizing artwork for the masses and tearing down traditional barriers to entry, such as geographic location, within the fine art world allowing for everyone to participate.

Curated marketplaces such as ours ensure a high level of artwork quality, a crucial factor in legitimizing this movement in the eyes of the traditional art market.

Genesis by Trevor Jones and José Delbo sold on MakersPlace for 302.5 ETH (~$111,377) to collector Maxstealth

New opportunities within this emerging art market (and medium) have attracted a flock of artists from traditional physical art backgrounds to join in the movement.

Two notable examples are Trevor Jones, a painter with a fine arts background who has become well-known across the space for incorporating technology into his creations (oil paintings brought to life through AR or animation) and José Delbo, an OG comic illustrator who’s worked on a number of silver and bronze age classics such as Wonder Woman, Batman, Billy the Kid, and the Beatles Yellow Submarine comic.

Another example of revered “traditional artists” finding success with rare digital art is that of new media artist Shu Lea Cheang, one of the first artists belonging to the “net.art” movement to be collected by the Guggenheim museum, whose debut artwork on blockchain, BioNet Baby, sold in auction for 50 ETH ($18,744) on MakersPlace.

Despite an initial skepticism, even traditional fine art auction houses, like Christie’s are joining in on the action, with their first ever rare digital art and physical art package recently being auctioned for $130,000.

These exciting sales represent an inflection point for the rare digital art movement taking place on the blockchain: Digital art sales are for the first time rivaling physical art sales, with artists like Trevor Jones, José Delbo and others selling their digital artworks for more than their physical artworks.

This sale signifies the seriousness of the movement, which is becoming increasingly more comparable to the traditional fine art market. Many are referring to this sale as a renaissance moment for digital arts. The next few years of this movement will be pivotal as its reach extends beyond the niche crypto art and NFT market, permeating traditional art markets and changing the way we interact with art forever.

If you’re a digital creator, you can learn more about MakersPlace here.

Cover Image by Pexels from Pixabay

How to Keep OpenSSL Updated in an Enterprise Environment | Hacker Noon