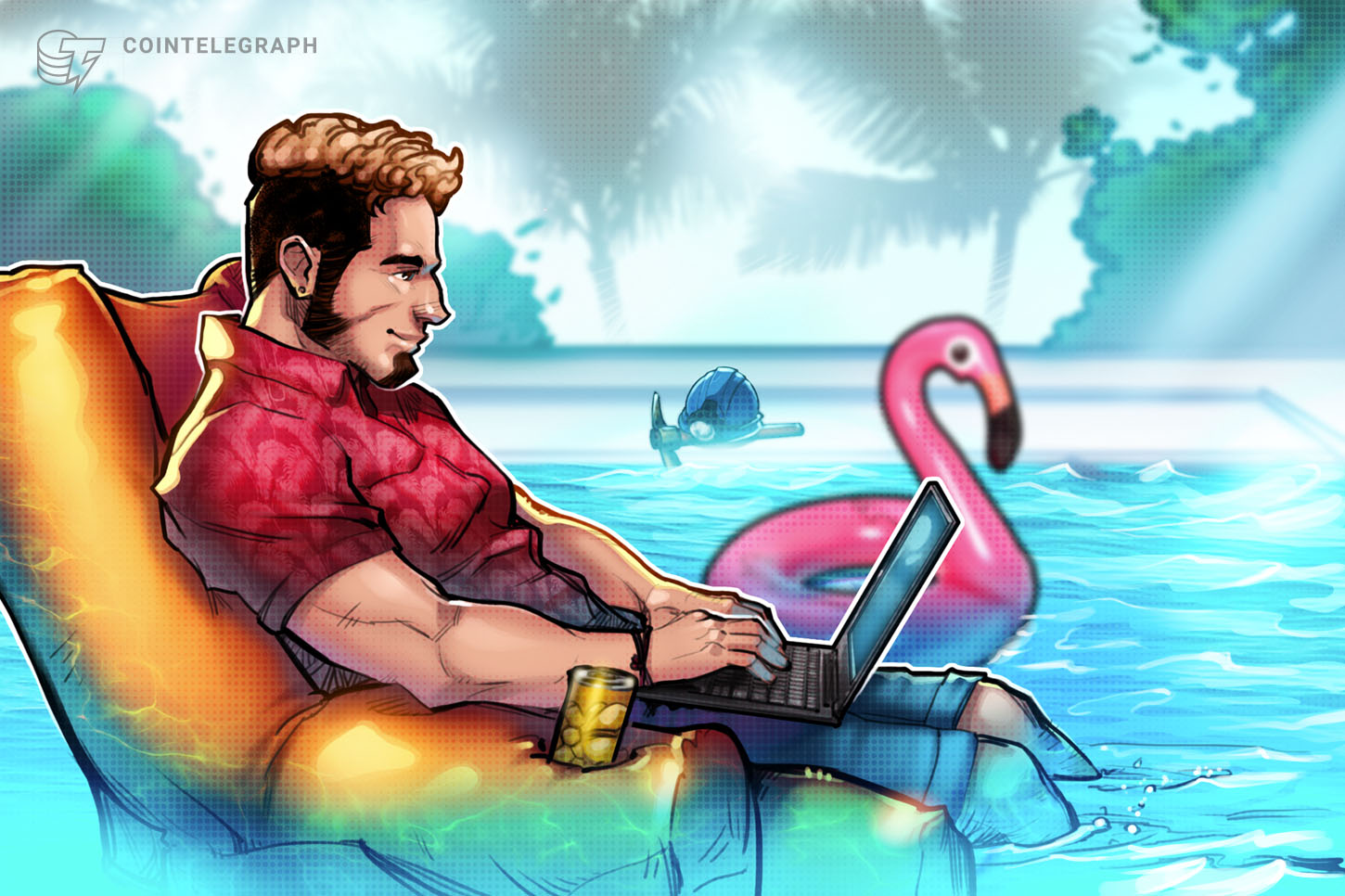 Miner profitability metrics are based on a handful of factors regulating difficulty and emission, which are hard-coded into the blockchain’s attributes, making it predictable to work with. While predictability does not always immediately translate into profitability, it gives a blockchain certain parameters to rely on when predicting when mining cryptocurrency will become profitable, at which price level, and at which difficulty level during the emission cycle.

Some cryptocurrencies, such as Bitcoin (BTC), go through emission cycles with events such as the halving. In Bitcoin’s case, halvings occur once every 210,000 blocks — roughly every four years — until the maximum supply of 21 million Bitcoin has been mined.

This feature, self-adjusting difficulty, provides an incentive for an individual miner to join or leave the network depending on the current Bitcoin price level. Together, these incentives create a logarithmic price regression curve, which represents a probable Bitcoin exchange rate and, therefore, predictability of profitability in the current emission cycle. If Bitcoin’s price falls under this regression curve where the bottom line is roughly around the 200-week moving average in this emission cycle, nearly all of the miners should be at a net loss. If the price stays above this figure, at least some of the miners should be at a net profit.

Bitcoin mining difficulty is currently at an all-time high between 110 and 120 million terahashes per second, indicating that a lot of new mining capacity has been added to the network, but since the price hasn’t fully recovered from the dip caused by the emergence of COVID-19, we should expect most of the miners being temporarily at a loss. However, should Bitcoin’s price rise back up again into the current emission cycle and go into a bull run, the economic risk miners would have taken at that point should be greatly rewarded.

Ethereum mining has been, for a while, among the most profitable in the altcoin space primarily because of the high average price of its token. However, Ethereum as a network has a primary focus on building a blockchain with a slightly different purpose compared to Bitcoin. Ethereum is a smart contract platform. While mining has previously supported the network in the phase where it isn’t widely used for transactions, in the future, the network will be compelled to take on staking nodes as validators in order to provide sufficient transaction capacity. In the long run, this may have a positive effect on mining if we assume that mining will be phased out gradually. A substantial amount of coins are predicted to be locked in staking, which is going to drive up the price.

Staking is a mechanism that allows users to deposit some of their coins into a staking address owned by a validator node and locks them for a period of time. The validator node then secures the network by producing blocks relative to the number of coins deposited in it. The blocks are produced according to a hard-coded voting mechanism that calculates the staking reward from the total amount of coins staked in the network for each node.

Related: ETH Miners Will Have Little Choice Once Ethereum 2.0 Launches With PoS

The price of electricity is a defining factor in miner profitability. Currently, most industrial miners reside in countries with cheap electricity on power purchasing agreements with electricity producers ranging from hydropower to solar. However, most retail miners mostly depend on retail price fluctuations and have to calculate this factor into their investments. Moreover, the price of electricity isn’t a factor when mining profitable altcoins with GPU rigs.

Equipment prices tend to fluctuate according to price cycles. At the bottom of each cycle, buying equipment is relatively affordable, but toward each cycle peak, equipment may not be affordable but also unavailable. At this point, it would likely be profitable to take a moderate risk in mining, especially in GPU mining. Regarding profitability alone, mining Bitcoin would probably require an investment beyond the reach of most retail miners on the initial cost to be remarkable at the peak of this emission cycle.

Apart from only turning a profit, mining is a way to produce coins with no prior history. For users who care about their privacy, mining represents economic freedom, making a means of payment with no ties to a specific entity accessible. This unique feature is only present in proof-of-work cryptocurrencies and connects many people on the fringes of society with often legitimate use cases to the wider world, acting as a guarantor of human and social rights.

For some organizations, maintaining a blockchain at a nominal loss can act as an investment either by supporting profitable services or by maintaining infrastructure to run services for public use. In legacy systems, this type of arrangement is comparable to public service, or a utility.

While utility provision can be an advantage for a network of entities running on a permissioned blockchain or a PoW blockchain intended for a well-defined use, on open public blockchains, in the long run, miners can be assumed to operate on a profit motive. With difficulty adjustments and profitability in public blockchains with significant utility value such as Bitcoin, mining can be seen as a profitable business in the foreseeable future.

The only credible factor that may upset the status quo in mining PoW cryptocurrencies at the moment seems to be the theoretical introduction of widespread quantum computing with enough accessible tools to create an incentive to attack public blockchains. However, this kind of risk can be exaggerated because quantum computing proof algorithms exist and are likely to be developed precisely to mitigate a risk arising from this quite predictable factor.

In this light, mining will probably not become profitable in the upcoming bull market, but more relevant in ways that are not only economically.

This article does not contain investment advice or recommendations. Every investment and trading move involves risk, readers should conduct their own research when making a decision.

Iskander Khasanov is a crypto miner and trader. He established himself first as a real estate entrepreneur and then became involved in the cryptocurrency business in 2016. Iskander is the director at Crypto Accelerator community and shares ideas of mass adoption of cryptocurrency.

The emergence of cryptocurrency hedge funds