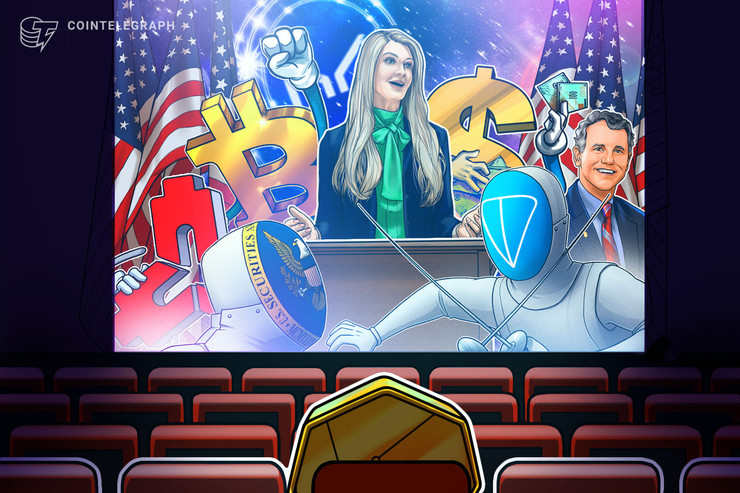 Bitcoin has continued its recovery. It’s up around 23 percent over the last week, even as the Bitcoin clock continues its countdown. We’re now entering the last 50 days of a 12.5 BTC reward.

These are strange times for everyone but despite Bitcoin’s volatility, the digital coin seems to have held up. Marcel Pechman argues that Bitcoin was designed for a financial crisis and says that in the current pandemic, it’s working well.

Cryptocurrencies could work even better though if politicians would get their act together. The economic stimulus bill originally contained a requirement to create a digital dollar, but a 1,400-page update removed it. Rep. Maxine Waters and Sen. Sherrod Brown later submitted separate bills to reinstate the requirement. That’s almost as much whiplash as a week of crypto trading. The courts aren’t helping much, either. A United States District Court has ruled that Telegram can’t release its GRAM tokens. They’re unregistered securities, the court says.

Senator Kelly Loeffler, the former CEO of Bakkt, says that she had nothing to do with her portfolio’s sale of shares (and purchase of shares in teleconferencing companies) just before the market tanked. MakerDAO says that the Maker Foundation did not place winning bids in its recent debt auctions. That auction didn’t exactly take off. And in Texas, the State Securities Board is warning of the spread of pump-and-dump scams, hoping to cash in on the fear of COVID-19. Keep an eye out for those. In better news, Crypto.com has announced a new feature that enables invoicing in cryptocurrencies.

Over in Italy, which has suffered more reported COVID-19 deaths than any other country, Banco Sella is launching a Bitcoin trading service. The service uses its Hype platform to help the locked down nation buy Bitcoins and make transactions. If they so choose, Italians are also able to give those Bitcoins to the Red Cross. The organization announced that a crypto-fundraising round had met its $10,710 goal within three days. It’s now set a new goal of $26,000. China is also seeing the benefits of digital currency. Its central bank has finished developing the basic functions of an official digital currency. It’s now drafting laws to implement it.

In tech news, Solana and Chainlink have teamed up to build an oracle that can give a price update every 400 milliseconds. A new study has found that a blockchain could save the US pharmaceutical industry more than $180 million a year by tracking prescription drugs. Bitmain sold all of its new Antminer S19s in just 24 hours. They’ll start to arrive on May 11. Hm.

Cryptowallet and donation app, BABB, is waiving its fees for people raising funds for COVID-19 causes. On YouTube, a fake Brad Garlinghouse is offering to give away 50 million XRP tokens. And thanks to blockchain artist Robness, the crypto art community is tackling big questions about the nature of art.

Finally, Scarlett Sieber of CCG Catalyst Consulting Group, has been discussing the arrival of open banking in America, and Joel has been asking whether staking might be the answer to crypto’s mining problems. If only all of the world’s problems could be solved so easily.