Skip to content
Home » Getting Ready for the Altcoin Resurgence 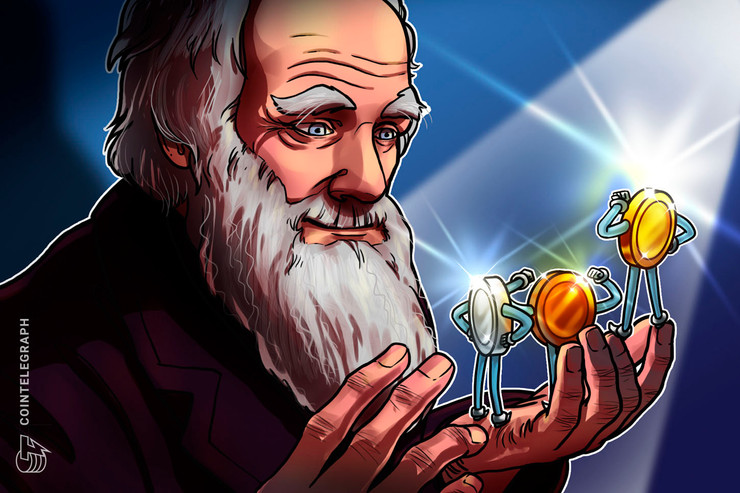 The altcoin market has been through tough times. At one point, the market lost over 90% of its value from its peak of $780 billion in January 2018. Many altcoin projects that were supposed to be “the next big thing” are nowhere to be seen today.

We see Darwinism in nature, where natural selection means only the fittest survive. We also see these same principles in capitalism — the automobile replaced the horse and carriage, email replaced fax, and online streaming replaced DVDs.

Now, we’re beginning to see a Darwinian selection process in the altcoin market. Altcoin projects unfit to survive have been either eradicated or abandoned, whereas projects that are committed to delivering value to their users have generally made it through the crypto winter and are beginning to flourish. Projects such as Chainlink and Cosmos have even claimed spots among the top 20 cryptocurrencies. We’re beginning to see the resurgence of altcoins.

Related: What’s Next for the Industry as ‘Crypto Winter’ Thaws?

A new generation of altcoins are beginning to make waves, and these projects seem to have a number of traits in common.

Most of the altcoins that are considered top contenders today have proven use cases with proven users. Projects such as Ethereum (ETH), Tron (TRON) and EOS (EOS) are still in the top 20 today because they provide a robust ecosystem for decentralized apps with smart contract functionality. A quick look at the top DApps shows that these three platforms are home to the DApps with the most users and DApp usage. They host applications such as games, gambling platforms and decentralized exchanges, providing users with real value and entertainment. Games such as EOS Dynasty and My Crypto Heroes have thousands of active users per day. 888Tron, the gambling platform on Tron’s blockchain, has $800,000 in daily gambling volume. Exchanges such as Eosfinex and NewDex provide users with an ultra-secure, high-liquidity, non-custodial trading solution.

Related: Why Centralized Exchanges Are Decentralizing

Another factor to consider in determining the success of altcoins

Staking is like a turbocharger for altcoins. Providing a yield, reducing supply and incentivizing participation are all very powerful. Altcoins like Cosmos (ATOM), Tezos and Icon (ICX) give users the opportunity to earn a passive income just by owning and staking their coins. Some government bonds, such as German 10-year bonds, are paying negative interest rates (you are paying to lend these institutions your money). Through staking altcoins, users can earn upwards of 10% in annual interest while simultaneously investing in projects they wish to support.

Like installing a turbocharger on a broken engine, staking is not enough to turn a bad project into a good one, but it can certainly boost an altcoin network.

The final element to an altcoin’s success

Community is an element that can’t be overlooked for any project looking to succeed. The community involves everyone from users, developers, partners and marketers. Bitcoin (BTC) and Ethereum are prime examples of the importance of community (if you’re reading this, you’re probably a member of either or both of those communities). Both Bitcoin and Ethereum have faced difficult moments, most notably the bear market of the last two years, and neither would have come through those challenges without their passionate communities.

New networks will always face challenges, and it is the communities that will support the networks during tough times when they need it the most.

A new kind of altcoin market

This new dynamic in the altcoin market, where the fittest survive, can only be a good thing. It means the market is maturing and networks delivering value will be the ones that flourish, meaning the entire ecosystem is incentivized to get behind those networks.

It looks like we could be at the start of a new kind of altcoin market, a market that rewards quality. It’s survival of the fittest in the altcoin space — and for those that survive, the future is bright.

Henry Child is the head of token sales at Bitfinex. He started his career in traditional finance before moving to London-based “unicorn” Deliveroo. While at Deliveroo, he wrote a white paper that proposed the settlement of payments over a blockchain payment rail built on the Stellar Network.

Crypto and Fiat Currencies Are Worlds Apart, Here Are the Reasons Why