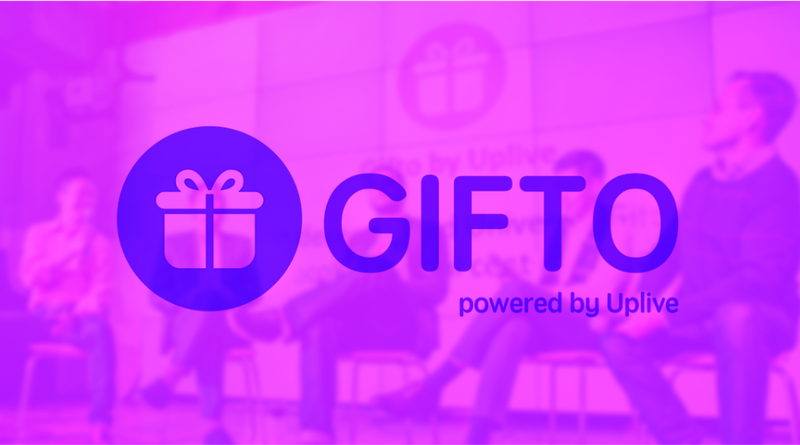 The digital age has changed many things about the way we work, play, think and live. And one key element of this is the act of giving.

In the online community, it’s hard to think of a more natural display of positive interaction than the act of giving virtual gifts.  In today’s digital age, giving has taken on a whole new meaning as growing numbers of transactions and exchanges occur online.

At the nexus of this movement is a project called Gifto, a virtual gifting protocol for content creators and their fans throughout the world.

Gifto seeks to forever change the way we give gifts through the use of smart contracts that facilitate customized, fun virtual gifts to be sent via the Ethereum blockchain, across all content platforms including Facebook, YouTube and Instagram. Gifto achieves this through a decentralized, user-driven model which rewards quality content generation, while fostering a richer set of connections between content creators and their audiences.

The brains behind this idea, Andy Tian, is the co-founder and CEO of Asia Innovations Group (AIG), which is the leading mobile interactive entertainment group in Asia. Headquartered in Hong Kong, AIG operates a suite of mobile, social and online entertainment products for users worldwide.

Launched in May 2016, AIG’s flagship, live-streaming product, Uplive, is already available in more than 100 countries. The app enables anyone around the world to broadcast and view real-time video streams via their smartphones.  It currently has 20 million users and 60,000 broadcasters worldwide, with a projected revenue of more than $100 million from virtual gifting in 2017 alone. With Gifto, AIG is decentralizing its successful virtual gifting model to all content creators, regardless of whether they are on Uplive or not.

The Chinese live streaming market was valued at $5 billion in 2017, according to a forecast by Credit Suisse. Tian sees a golden opportunity with Gifto to replicate this incredibly successful model in international markets across any content platform through its universal protocol.

The Inspiration Behind Gifto

Gifto sprang from Tian’s personal interest in the question of how to apply game mechanics to any and all things that people engage with.

Born in China before moving to New York at age 10, Tian ran Google’s mobile business in China, during which he introduced Android to the China market. He then started one of the earliest social gaming companies in the world, XPD Media, which was later sold to Zynga to become Zynga China. After leaving Zynga, he co-founded AIG, which now has over 300 staff members located around the world, from Casablanca to Tokyo.

Tian said that Gifto arose from conversations with both broadcasters and users of the Uplive community platform. That dialogue reinforced the notion that only the top 10 percent of all online influencers these days are able to effectively monetize their work.

“What about the 90 percent of content creators who have 100,000 fans?” he asked. “Or only 50,000 fans? They can’t monetize at all based on the traditional ad/sponsorship model that’s currently in place.”

One challenge on the Uplive platform was how to calculate the amount of revenue share a broadcaster has across all of Uplive.

“We currently have a centralized system that does calculations and verification, a common practice among any centralized, consumer-based service,” Tian said. “But when a number of my investors and friends introduced me to smart contracts, that was a game changer. By integrating these contracts into the virtual gift itself, a transaction could automatically be executed, allowing for the instant delivery of revenue share to gift creators and producers.”

This was a major development with respect to Uplive, where more than 25 million virtual gifts are sent every month.

“With blockchain, we can transparently, quickly and accurately execute payments so that our creators don’t have to wait 30 days or more to receive their share of the gift proceeds,” Tian said. “They can gain revenues directly from their fans.”

Tian extols the idea of a crypto token that has a common value regardless of which country it is sent to or received from.

“We currently have users paying us from 50-plus countries, with 30-plus payment providers worldwide,” he said. “With fiat, we have experienced lots of credit card fraud issues like cancelled transactions among other problems associated with this form of money on an international scale. Cryptocurrency can solve that. Not having to convert between different currency types will be a big win for our users.”

In addition, Gifto can be used universally by any platform, not just Uplive, said Tian.

“The Gifto protocol will be available to any content creator on virtually any platform, including YouTube, Facebook and Instagram,” he said. “For the first time ever, content creators on these platforms won’t be constrained to the advertising-only model that generates very little revenue for the creators without millions of followers. Now, anyone will be able to accept virtual gifts through the Gifto platform and generate meaningful income from their content, directly from their fanbase.”

The concept of virtual gifts sent from fans to broadcasters is what drives Gifto. It allows creators to produce and place virtual gifts on a blockchain as a virtual asset and set their own pricing and value. Each created gift would have its own unique nature and character, adding the all-important element of fun to the whole gifting process. Broadcasters could then be digitally compensated regardless of the number of fans they have.

Gifto’s public token sale on the Ethereum blockchain will begin on December 14, 2017. Thirty percent of the tokens, called “Gifto,” will be sold at that time subject to a $30 million hard cap. The campaign will adhere to a strict “know-your-customer” process, excluding citizens from China, the U.S., and Vietnam, based on legal regulations in those countries.

Tian said the journey to exploring an initial coin offering (ICO) started early in 2017, when his company began examining the utility of blockchain technology as a solution to requests for new features from Uplive’s broadcasters and user base.  He said that monies garnered will be used for product development and engineering, marketing and market adoption, user acquisition and operations.

“We believe that we’ll be the highest revenue consumer company in Asia to launch a token offering,” Tian said. “Blockchain technology, in our opinion, is an awesome application and solution to decentralize everything and we want to advance this thinking.”

Tian’s ultimate goal is to make blockchain useful to mass-market consumers who don’t necessarily understand what the technology is, but can still enjoy the benefits of decentralization.

“It’s all about empowering the everyday people,” he concluded. “Content creators with a small, loyal fanbase now have a fun way to connect with their fans and make it easy for them to contribute.”