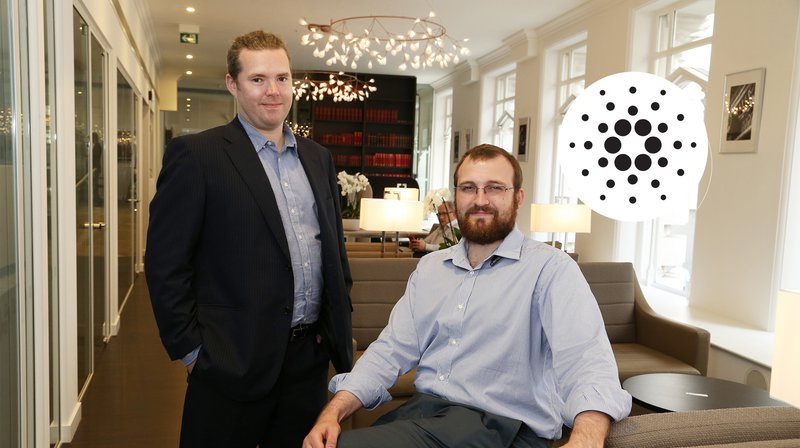 So far, Ethereum has been the lead player in the smart contract platform space. Now a new competitor is steadily creeping into the game. And, in an interesting twist, the effort is being led by a former Ethereum CEO.

The 10,000 Ada voucher holders who participated in the earlier crowdsale can now download the Cardano wallet Daedalus and use that to redeem their Ada tokens and begin trading.

Westerners, who were omitted from the crowdsale, which was focused mainly in Japan, now have a chance to purchase those tokens via Bittrex.

If all goes according to IOHK’s plans, these events will mark the beginning of a two-year process that will see Cardano evolve into a full-fledged smart contract platform with an impressive library of protocols that developers can use to build their decentralized apps.

How It All Began

Hoskinson was an an early founder of Ethereum. He left the project before the network launched and eventually went on to form IOHK with colleague Jeremy Wood in 2014.

The following year, IOHK was approached by a group of Japanese business people interested in creating a blockchain that would function as a cryptocurrency and a smart contract platform while meeting the needs for the increasing regulatory oversight in the blockchain space.

To raise funds for the development, the group wanted to do an initial coin offering (ICO) focused on Asian markets. “They said it would be really nice to do a large-scale distribution in Asia, as opposed to the Western world, which is already saturated with cryptocurrencies,” Hoskinson said, in an interview with Bitcoin Magazine.

So the group hired IOHK to build software to assist with compliance during the sale. The Japanese company Attain was enlisted to coordinate the sale, and another entity, Cardano Foundation, handled oversight and auditing.

Meanwhile, the crowdsale, which ran from September 2015 to January 2017, raised $62 million and resulted in the sale of roughly 30 billion Ada vouchers. (Only 45 billion Ada will ever be in circulation.)

Because none of those vouchers were sold to U.S. citizens, the sale did not fall under the umbrella of the U.S. Security and Exchange Commission rules. “There was some regulatory advantages to offshoring it,” said Hoskinson. “And there were also some cultural advantages; mainly we had a blue sky, wide-open marketplace.”

The Japanese group, which has come to be called Emurgo, also hired IOHK to build Cardano under a five-year contract that will end in 2020. Emurgo will become to Cardano what ConsenSys is to Ethereum: a studio for designing smart contracts and decentralized apps that will run on the platform.

So what is Cardano exactly? It is a full blockchain, built from scratch in the functional programming language Haskell. IOHK hired Philip Wadler, a principal designer of the Haskell language to work on the Cardano project.

According to Hoskinson, because Haskell is similar to math in its approach, code can be written more precisely, resulting in a more secure and reliable protocol.

As a result, proof of stake is vastly more energy efficient than proof of work. It also enables faster transactions and opens the door to governance schemes, where coin holders can have a say in how the protocol evolves.

Yet, developing a secure proof of stake is exceedingly difficult. To that end, Ouroboros comes with a mathematical proof of security which has gone through a rigorous peer review, resulting in its acceptance and presentation at Crypto 2017, a major cryptography conference. Several other projects are also working on proof-of-stake algorithms, including Ethereum (Casper), Algorand and Snow White.

In terms of Cardano, what is live now is the first major release of the platform dubbed “Byron.” This is the first generation of the settlement layer, which is where Ada lives.

Some functionality is not yet switched on, however, because the platform is currently in bootstrap mode. The system will need a broader distribution of coin holders before it is up and running in full form. So, at this early stage, even though Ouroboros is turned on, consensus is locked to private nodes until the system gathers momentum, and that may take another four to six months, said Hoskinson.

Following Byron, the next major release of Cardano, dubbed “Shelley,” is scheduled to arrive in the first half of 2018. During the Shelley phase, the system will evolve into a full-featured, independent cryptocurrency.

“If I died and IOHK shut down, Cardano could run forever in that form,” said Hoskinson.

Equally important, Shelley will prepare Cardano for a range of impressive features, including smart contracts, side chains, multi-party computation, metadata and more. Those protocols will be added gradually over time.

“We will just keep putting them in when they become available,” said Hoskinson, adding that most of those features will debut next year.

He expects to launch a trusted hardware feature, which will allow for off-chain payments, in 2019.

IOHK is currently developing its own virtual machine (VM), akin to Ethereum’s EVM. This will become the computation layer of the platform, where self-executing code will live. Hoskinson said he expects the Cardano VM to be available sometime in the first half of next year.

Along with that, Cardano will have its own smart contract language called Plutus, a lightweight version of Haskell. Plutus is intended for high-assurance contracts where a security breach could have devastating consequences.

“You have to be pragmatic,” said Hoskinson. “People are not always going want to write high-assurance code.”

Also in the works are plans for a governance system in which decisions about the future of the protocol are made on-chain, and a treasury system in which a portion of the transaction fees are retained for future development.

Overall, Hoskinson made it clear that this is to be a slow and steady launch, with the goal of creating a secure, reliable platform that will span decades.

“Cardano is a rigorous, systematic project,” he said. “It has a lot of principles behind it.”

Photo of Jeremy Wood and Charles Hoskinson courtesy of IOHK.