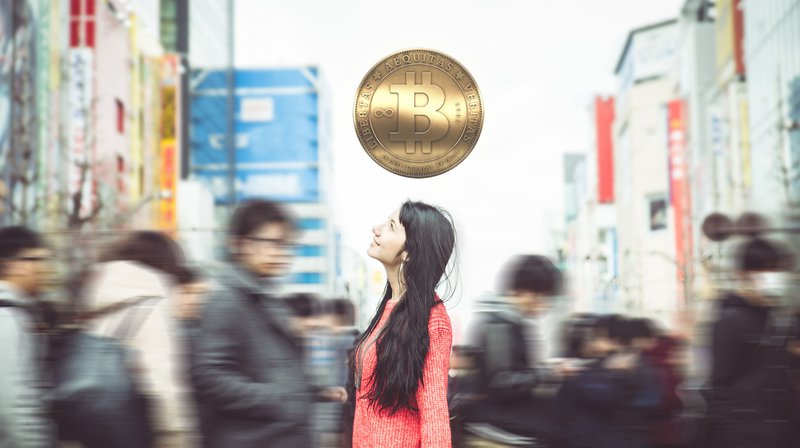 GMO Internet Group, a Japanese provider of a full spectrum of internet services for both the consumer and enterprise markets, is introducing a system for employees to receive part of their salary in bitcoin.

Headquartered in Tokyo, GMO Internet Group comprises more than 60 companies in 10 countries. In view of the group’s size and financial muscle, this initiative is likely to boost the mainstream adoption of the practice of paying salaries in cryptocurrencies.

The move is partly motivated by the desire to promote the adoption of Bitcoin, which is a strategic priority for GMO. In fact, the group is vigorously active in bitcoin trading and mining services, as well as mining hardware development. Therefore, anything that is good for Bitcoin is also good for GMO.

In May 2017, GMO launched a cryptocurrency exchange, initially dubbed Z.com Coin and later rebranded as GMO Coin, which features cryptocurrency FX and trading on both computers and smartphones. The exchange offers two types of services: cryptocurrency FX, which is an over-the-counter (OTC) bitcoin margin trading and cryptocurrency trading, which enables buying and selling of virtual currency in JPY in addition to basic features allowing customers to send and receive bitcoins.

In September 2017, GMO announced the upcoming launch of a new bitcoin mining business. “We will operate a next-generation mining center utilizing renewable energy and cutting-edge semiconductor chips in Northern Europe,” GMO stated, emphasizing that they will invest in R&D and manufacturing of hardware including the next-generation mining chip.

“We will use cutting-edge 7 nm process technology for chips to be used in the mining process, and jointly work on its research and development and manufacturing with our alliance partner having semiconductor design technology.” The mining business is scheduled to start in January 2018.

GMO expressed its belief that cryptocurrencies will develop into “new universal currencies” available to anyone from any country or region who wants to freely exchange value, “creating a new borderless economic zone.”

The option to receive part of the salary in bitcoin will initially only be available to employees of one GMO company — GMO Internet Co. Ltd. — starting in March 2018, but it will be gradually extended to more than 4,000 employees in other GMO companies based in Japan.

The minimum bitcoin payment will initially be 10,000 yen (~$88) and the upper limit will be 100,000 yen (~$881). Each salary payment in yen will be reduced by the amount of bitcoin paid, using the exchange rate at the GMO Coin exchange.

Mainichi Japan notes that Japan’s labor code stipulates that businesses must pay employees in a recognized currency such as the yen, but, according to GMO, the move is in accordance with the law because any payments in bitcoin would be consensual, with a chosen amount to be deducted from paychecks and put toward purchasing bitcoin. The cryptocurrency is rising in popularity in Japan with an increasing number of retailers accepting it as a form of payment.

GMO Internet Group wants to contribute to the development of cryptocurrencies in the world by promoting cryptocurrency-related initiatives throughout the group. In particular, GMO wants to promote ownership of bitcoin among its employees — who can be the best evangelists for the group’s products and services related to the digital currency — to improve the employees’ exposure to and understanding of Bitcoin.

“Employers can now pay employees a portion of their net earnings in bitcoin by collaborating with niche payroll solution providers such as Bitwage, Wagepoint, or Bitpay, who manage the back-end mechanics, eliminate exposure to price volatility, and reduce compliance and governance risks,” noted Deloitte principal Eric Piscini.

A recent overview of cryptocurrency payroll processors and early adopting clients notes that offering salaries in bitcoin could make it easier for companies to retain and attract talent. Besides compensating current employees, “[cryptocurrencies] could help businesses more effectively tap into the open talent economy, where individual contributors may be drawn to business partners that offer payout features only cryptocurrency makes possible: fast peer-to-peer payments across country borders with minimal friction (or total freedom) from traditional banking systems,” said Piscini.

For now, the GMO press release is available only in Japanese.