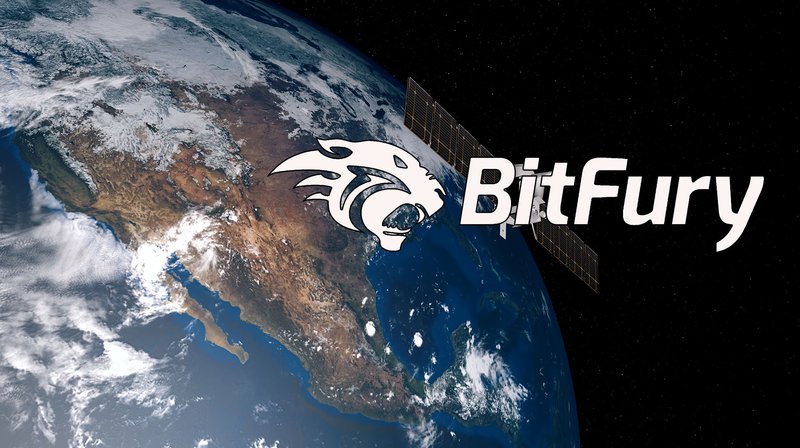 “We are excited to partner with Hut 8 to expand our activities in the strategic North America market,” said Bitfury CEO, Valery Vavilov, in a statement. “We believe there is a tremendous opportunity to establish North America as one of the most important cryptocurrency mining hubs in the world.”

Known for manufacturing their own Application Specific Integrated Circuit (ASIC) chips, Bitfury is the world’s largest bitcoin mining company outside of China. Their custom hardware and software solutions eliminate the reliance on any third parties, which lowers costs and improves efficiency. Their BlockBox AC datacenter product allows for significantly shorter setup time to establish a commercial bitcoin mining center.

Hut 8 is a bitcoin mining company that will provide shareholders access to the price appreciation of bitcoin. Once the partnership is finalized, Hut 8 will control what they believe to be the largest cryptocurrency mining farm in North America: Hut 8 will gain immediate control over 22 bitcoin mining datacenters spread across Alberta.

The expectation is for Hut 8 to be listed on the Canadian stock exchange during Q1 of 2018 and increasing control over an additional 35 datacenters. Hut 8 anticipates that through a combination of existing Bitfury sites and new installations, they will scale to 60 or more datacenters during 2018.

The datacenters will be comprised of Bitfury’s containerized bitcoin mining units called Blockboxes, containing Bitfury’s 16nm ASIC chip, which they claim is one of the most efficient on the market. Bitfury will be providing the infrastructure for the partnership via the aforementioned assets and Hut 8 will own and operate the centers.

On December 4, 2017, Hut 8 is made available an approximate 13,200,000 shares on a private placement basis through GMP Securities L.P., worth approximately $25.7 million ($33 million CAD); the proceeds of which will be applied towards the initial acquisitions described above.

Also making moves in the North American mining market, Giga Watt has been promoting its own modular datacenter design called “Giga Pods.” While Giga Watt doesn’t have custom hardware solutions, they do allow for new entrants to buy and run their own hosted mining rig and potentially make money. It will be interesting to watch the development of these companies in North America over the course of 2018.