Skip to content
Home » Op-ed: Bitcoin Is Not a Bubble; It’s in an S-Curve and It’s Just Getting Started 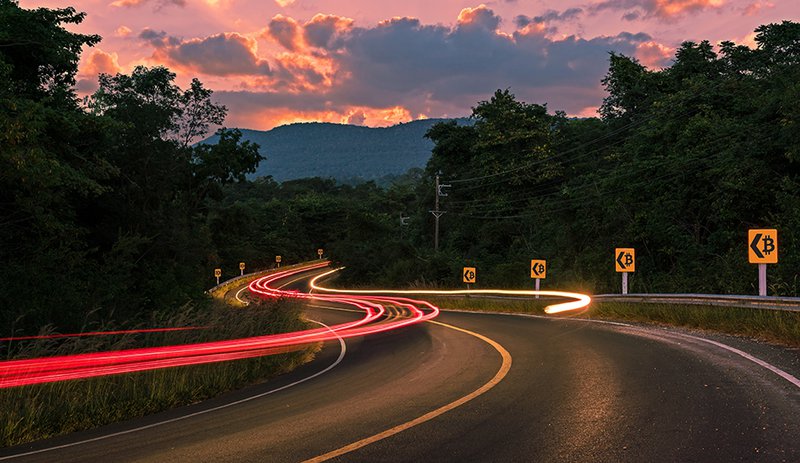 One of the most intriguing stories underpinning the recent rise of bitcoin prices is how financial institutions will interact with the currency.

The upcoming CBOE futures market is going to open the door for Wall Street giants to participate in the market. That could spell moon or doom for bitcoin, and everyone is speculating on what may happen next.

It is this Wall Street/BTC interaction (phenomenon) that may be driving the unbelievable price spike of the past few days — at least partially.

On the macro scale, however, we may be witnessing a more grand pattern forming; a price-correlated S-curve.

The S-curve is the classic adoption curve applied to the advent of new technologies. As a percentage of the population, adoption looks like a lag phase where the technology is utilized by the innovators of said technology, followed by an early adoption phase led by people who often take risks in order to be the first movers in a space. After the early adopter phase (~16% of the population is now participating), there comes a great “tipping point” where the wide use of the technology seems inevitable. The tipping point gives rise to the “Early Majority” joining in on the fun, followed by the late majority and, finally, the holdouts who allow the top of the S to asymptotically approach total adoption. The curve, as a factor of time and adoption, looks sort of like the following:

This curve correlates nicely with adoption of some of the greatest technological innovations in our recent history:

Some important things to note is that this is just U.S. adoption. Much of the world lagged behind the U.S. in the consumer appliance boom of the 1900s. All of these curves, however steep, do follow the same S-curve trend fairly nicely.

So what could that mean for bitcoin? It’s difficult to choose a metric to define bitcoin adoption, and, in fact, there are disputes about if one metric accurately captures it. However, for simplicity I’ll highlight Google searches for bitcoin and Coinbase user count as microcosms of the global adoption trend.

This seems to show a very similar pattern to what could be the transitional phase between “innovators” and “Early Adopters.” Just to harken back to the earlier statement though — it’s very difficult to put a number on bitcoin adoption.

So why is this remarkable? Bitcoin may be the first “buyable” S-curve. Because this is a capped-supply currency, more users adopting and using it necessitates an increase in price. Whether that correlation is even reflective of the current price action is a practically unanswerable question, and the obvious leaning would be towards there being a speculative additional value. However, with an increase in adoption, there seems to be a floor rising up to catch whatever “bubble burst” might occur, if and when it happens.

“Eternal September” is the phrase used to describe September of 1993, when widespread internet adoption began to look inevitable. It occured after AOL began a mailing campaign offering free trials of its internet service, leading to an influx of internet users that has since never ended. Hence “Eternal September.”

To compare bitcoin’s adoption to its complement — the internet — this may very well be the “Eternal September” episode for bitcoin.

If the S-curve adoption theory applies to bitcoin, then buckle up. I won’t pretend to be able to predict a spot price, but I will say I think we may be sitting close to another order of magnitude this time next year.

See y’all on the moon.

Corollary: Bulls sound smart in bull markets. We may look back and laugh at this thought, or it may hold true for years to come. Time will tell. ‘Til then, buy bitcoin.

Trading and investing in digital assets like bitcoin and ether is highly speculative and comes with many risks. This analysis is for informational purposes and should not be considered investment advice. Statements and financial information on Bitcoin Magazine and BTC Media related sites do not necessarily reflect the opinion of BTC Media and should not be construed as an endorsement or recommendation to buy, sell or hold. Past performance is not necessarily indicative of future results.