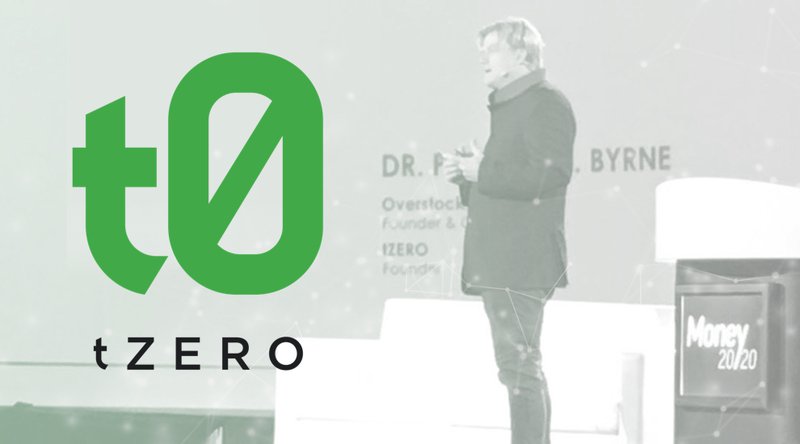 Overstock CEO Patrick Byrne believes that one day all company shares will be blockchain-based equity tokens classed as securities, and they will need a regulated exchange to trade on.

To raise funds to develop that exchange, the online retail giant is launching an initial coin offering (ICO) for T0.com (tZero), the company’s blockchain-focused subsidiary and trading platform that supports equity tokens.

The ICO will take place from November 15–December 31 and will include the sale of 50 million tZero security tokens. Tokens will be sold in a type of presale known as a SAFT (simple agreement for future token), which limits participation to accredited investors.

tZero will incorporate profit sharing features of a security as well as utility features of an app token. For instance, token holders will be able to use the tokens to pay for exchange fees. They will also receive a percentage of tZero’s profits, distributed quarterly and paid into their tZero digital wallets.

Speaking to Bitcoin Magazine, Byrne said proceeds from the ICO will go to further developing an ecosystem around tZero.

He did not reveal how much Overstock hoped to raise or whether the sale would be capped or uncapped, but he said additional details would be made available around November 8.

Byrne has been thinking about a blockchain-based equity exchange for trading blockchain shares for some time now.

Right now, most tokens are utility tokens that play some role in the distributed app they were designed to work with. Equity tokens, on the other hand, are regulated by the U.S. Security and Exchange Commission (SEC) and represent an actual share in a company.

Byrne thinks that, eventually, most of the tokens in blockchains today will convert to equity tokens. Taking that concept a step further, he believes all company traded stocks will ultimately be issued as blockchain share certificates.

Right now, however, no SEC approved exchange exists that can handle equity tokens, so Overstock is creating one.

In 2015, Overstock acquired SpeedRoute, a Wall Street trade routing securities firm already licensed by the SEC. Byrne felt that building an exchange from scratch was too risky. Instead, he wanted to buy something in Wall Street that was already pre-SEC approved.

SpeedRoute already had an alternative trading system (ATS) set up, so it only needed minor modifications to get it ready for selling blockchain shares. “We changed it and altered it so it could handle blockchain instruments,” he said. By doing so, Overstock turned the platform into what is now tZero.

To make sure the technology worked, Overstock issued its own blockchain securities last December, distributing more than 126,000 company shares via the platform. “We did it to sort of demonstrate this technology,” Byrne said.

A Future of Securities

Byrne thinks regulations coming down the pipes are going to dramatically change how tokens are traded.

“If they count as securities, they need a place to trade; it has to be an SEC compliant exchange that can handle blockchain,” he said. “Well, there is exactly one in the world. It is tZero.”

Eventually, he said tZero will have market makers and large pools of capital supporting it to keep the trading liquid. “The markets are very bad now in this whole crypto world. They are very sticky and illiquid markets,” he said. “It is really going to be just what the world of crypto needs.”

But to fulfill that vision, Overstock.com will need to raise a substantial amount of capital through its tZero ICO. “It is going to take several tens of millions of dollars to build that out,” Byrne explained.

Overstock will likely expedite the process by purchasing some $50 million in custody and clearing firms to finish stitching together the ecosystem it needs.

“We actually will make a couple acquisitions that will short the whole thing; supersize it,” Byrne added.

It may take a few years, but eventually,  Byrne said, the idea is to make tZero the largest exchange in the world, and the tZero ICO is a part of that.

Why Did Not We Wait For The Official Statement on Quarantine? | Hacker Noon

You Learned a Programming Language, But How Do You Start Coding? | Hacker Noon