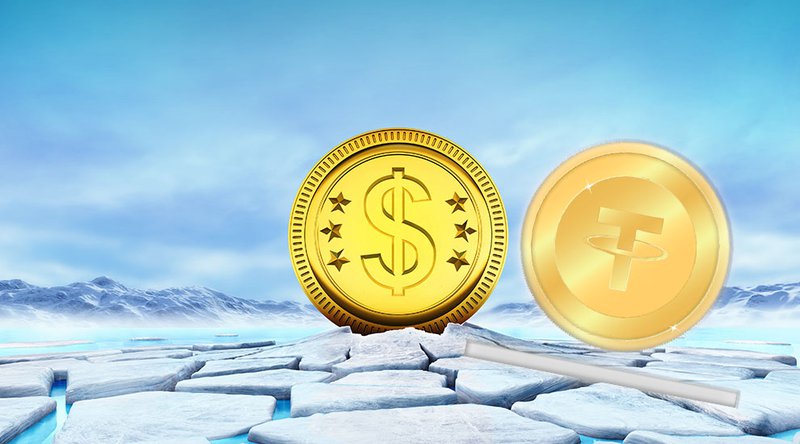 Tether’s peg is slipping, and an exchange-wide firesale has led to major price discrepancies between bitcoin’s BTC/USDT and BTC/USD trading pairs across the market.

In the early hours of October 15, 2018, Tether’s USDT was trading at $0.92, the lowest asking price the coin has seen in 18 months. At the time of writing, the stablecoin still hasn’t made up enough ground to retain its $1 peg. On most markets, it’s currently trading around $0.96, though this figure is tied to bitcoin trading pairs. Against the USD on Kraken and Bittrex, it is trading at $0.92 and $0.90, respectively.

A combination of exchange activity, related FUD and scuttlebutt could be the catalysts behind the sell-off. Bitfinex suspended fiat deposits on October 15, 2018, “for certain customer accounts in the face of processing complications,” a blog post reveals. In addition, Binance temporarily suspended USDT withdrawals for “wallet maintenance” due to “network congestion,” a measure taken after the exchange extinguished rumors that said it would soon delist tether.

The discount has bitcoin trading at something of a premium against tether on exchanges with USDT/BTC trading pairs. On Binance, Huobi and Bittrex, for example, 1 BTC is trading for nearly 6,700 USDT.

Contrast this with bitcoin’s price in USD/BTC markets and it becomes clear that tether’s sell-off is distorting prices across exchanges. On Coinbase Pro, Kraken and Gemini, bitcoin is trading at roughly $6,400 against USD pairs, an indication that bitcoin’s proper asking price is much lower than its oft-cited USDT pair would advertise. This has led to an inflated price averaged on CoinMarketCap of $6,650.

It’s important to note that the “premium” bitcoin is going for on tether-listed exchanges is less of a premium and more of a price distortion, given that tether is trading below its peg. The price of bitcoin for these pairs has spiked as a result of the sell-off, but if you sold USDT for BTC and then attempted to resell this BTC for USD, the arbitrage opportunity would be nullified by the price differential between BTC/USDT and BTC/USD pairs.

Notably, Bitfinex’s USD/BTC pair is out of line with other exchanges that offer fiat pairs for bitcoin. On Bitfinex, 1 BTC is trading at $6,900, a figure the even superseded its price against USDT on other popular exchanges. An inauspicious discrepancy in its own right, Bitfinex’s data may rouse additional skepticism when we take a look at its USDT/USD pair. At the time of writing, 1 USDT is trading at exactly $1.00 against its pegged asset in actual U.S. dollars, while, as we noted earlier, the same trading pair on Kraken and Bittrex is going for $0.92 and $0.90, respectively. Seeing as Tether and Bitfinex are under like management, the stark departure in price for USDT/USD markets between Bitfinex and other top exchanges could be cause for further concern.

This jumble of numbers and price differentials leaves more questions asked than answers, aggravating the uncertainty that likely led to the sell-off in the first. The price gap between bitcoin’s USD and USDT pairs puts tether’s risk premium at just under $500 (7.62 percent), according to Untether.space.

As the discrepancy in prices across exchanges illustrates, this risk premium denotes the difference between how much bitcoin is trading for in BTC/USDT versus BTC/USD pairs. Ultimately, the figure could indicate that market confidence in Tether is waning, as looming uncertainty over whether Tether has enough funds in the bank, amidst other banking troubles, has shaken investor trust in the market’s number one stablecoin, which accounts for 98 percent of all stablecoin trading volume.

Tether’s troubles comes after a slew of new stablecoins have proliferated in the market. Its two largest competitors, MakerDAO’s DAI and TrustToken’s TUSD, launched earlier this year, while regulation grade coins like Gemini’s GUSD, Paxos’ PAX and Circle’s USDC launched last month as well. In addition to these, the industry’s first algorithmic stablecoin, Kowala’s kUSD, is now in its mainnet’s alpha version, though the coin has yet to begin trading on the open market.

The One Objective to Establish a Winning Startup Culture: Get Better Everyday | Hacker Noon