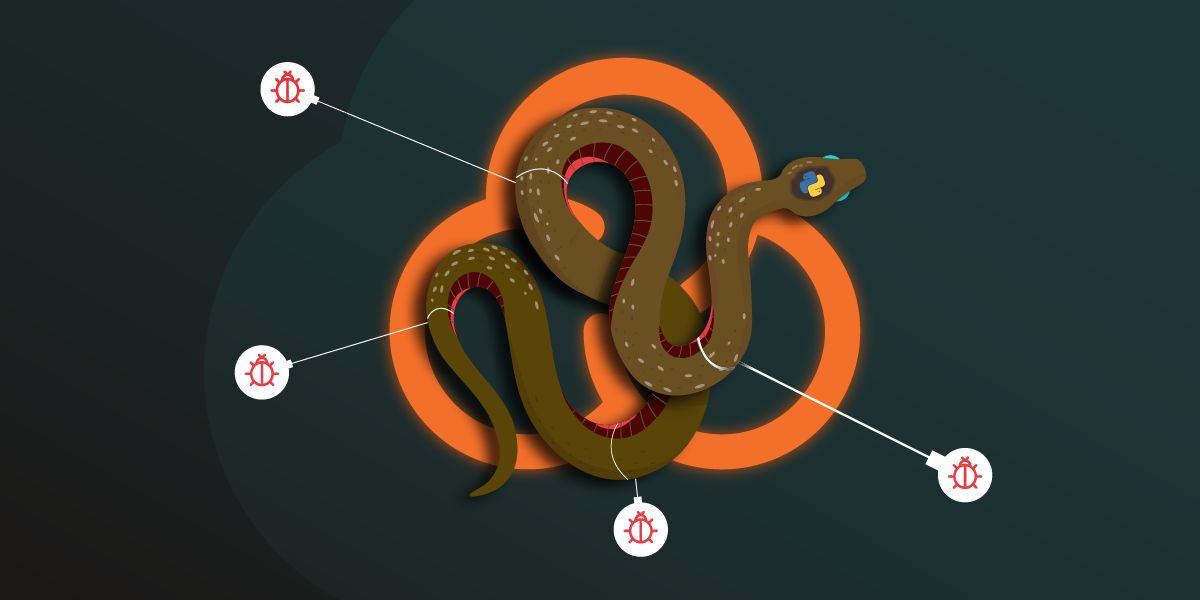 As developers, there always comes a time when we find a bug in production and wonder how it passed all our quality checks. The truth is that we can never be sure our code is bug free. We can only choose the tools and workflows which will find the most bugs without slowing us down too much.

SonarQube, SonarLint and SonarCloud are such tools. We used SonarCloud during our recent bug report campaign, which focused on popular projects such as tensorflow, numpy, salt, sentry and biopython. The campaign result was quite interesting, since it shows the kind of bugs we can find in a Python project even when its development workflow includes every best practice: code reviews, high test coverage, and the use of one or more linters (flake8, pylint, …).

Let’s go over a few Bugs we found with SonarCloud and see why it is able to detect them when popular linters don’t .

Reference to an undefined variable

branch. It uses a Control Flow Graph to deduce that the definition of the variable will never occur before the buggy reference.

Detecting dead code is easy when it’s just after a

statement. It’s a little harder when the

is conditional. We use a control flow graph to detect cases where multiple branches exit just before reaching a statement.

It is quite common to reference the wrong field name or index during string formatting. Pylint and Flake8 have rules detecting this problem with string literals, but they miss bugs when the format string is in a variable.

SonarCloud has a type inference engine, which enables it to detect advanced type errors. It uses every bit of information it can find to deduce variable type, including Typeshed stubs, assignments, and your type annotations.. At the same time, it won’t complain if you don’t use type annotations, and it’s designed to avoid False Positives.

In this example, control flow analysis is what allows it to understand that

is a tuple because it is assigned

. The algorithm is able to ignore the later

SonarCloud uses Typeshed stubs to know the types expected by builtins functions. So here it raises an issue because you get a

if you call the

builtin on an integer.

will never fail, but it will always return False, or True if you use

. Here we can see an issue because

Return values from functions without side effects should not be ignored

Some function calls have no side effect, i.e. they won’t change anything by themselves and their only purpose is to return a value. Thus  there is always a bug when their result is not used. SonarCloud knows an extensive list of such functions. In this example the two strings are not concatenated; the

method is called on the second string and the result is discarded, so the value of

is “Make sure that your dataset can generate at least “.

When we review code we usually look at classes, variables and other meaningful symbols and we forget to check little details, such as “is there a raise keyword before my exception”. SonarCloud analyzes your whole project to extract type hierarchies. Thus it detects when custom exceptions are discarded, not just the builtin ones.

Flake8 is great but not enough

Some of the things [SonarCloud] spots are impressive (probably driven by some introspection and/or type inference), not just the simple pattern matching that I am used to in most of the flake8 ecosystem.
– Peter J. A. Cock – maintainer of BioPython (

This is one of the nice pieces of feedback we received during our bug report campaign. (There’s more!).

All the projects we examined use one or more linters, such as Flake8, which is very popular, and is often included in CI workflows. There are very good reasons for Flake8’s broad use:

You can use SonarCloud for free on any open source project and get started with just a few clicks. SonarQube Community Edition is also free for unlimited on-premises use. Don’t hesitate to share your feedback, good or bad, in our community forum. It helps us improve our tools everyday.