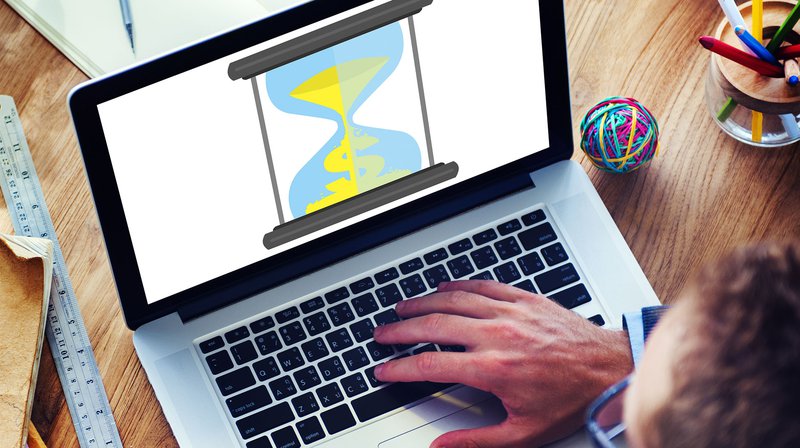 The promise of a new economy built upon a decentralized government can offer a number of benefits to millions of people across the globe. More and more cryptocurrency platforms are being created to ensure faster, more secure payments, data protection, lower transaction fees and other advantages accessible to anyone who wishes to participate.

And as crypto platforms get more creative to offer individuals a number of rewards via tokens, a new “proof of time” protocol is emerging to help users monetize every minute of their day. Just imagine living in a society where people get rewarded for their time spent playing video games or reading articles online.

This concept is exactly what three emerging cryptocurrency platforms aim to achieve. Mytime, Stream and Brave Browser are all offering tokens for the time people spend using services, creating video content and even browsing the internet. Rather than feeling like time is being wasted, these platforms are helping users — and service providers — make the most of every minute of their days.

YouTube recently revealed that a billion hours are spent on its video streaming site daily. Users are also using on-demand service apps more than ever before. As a result, users spend thousands of hours each day on various apps and services. And while these platforms are benefiting greatly, users never see any tangible profits.

A new cryptocurrency platform called mytime aims to change this business model. Recently launched on October 31, the open-source blockchain-based platform operates by converting time spent using a service to cryptocurrency tokens called MYTC. Users are able to spend these tokens on additional service time or on services provided by other companies participating on the mytime platform. Alternatively, users will also be able to convert these tokens to fiat currency.

As with most blockchain platforms, both parties end up benefiting. With mytime, users will earn MYTC cryptocurrency based on the time they spend using a service. The service providers partnering with mytime also have the opportunity to simultaneously earn MYTC by attracting loyal users to their platforms.

Mytime’s system functions on two parallel blockchains to ensure accurate proof of time. One is used to confirm the elapsed time a user spends on a platform for a service. This cannot exceed 24 hours a day and automatically prevents users from logging the same time period for more than one service. The second records the participating company’s MYTC reward dispensation. Token transfer will then occur in users’ and service partners’ applications on the MYTC online wallet. Users can spend earned MYTC rewards on any other mytime participating sites, or the rewards can be exchanged for other cryptocurrencies on the mytime exchange.

The most-followed YouTubers — those with 7 million subscribers or more — are able to earn about $300,000 for a video partnership. However, this isn’t always the case for all video content creators; even some major YouTube influencers are still unable to successfully monetize their content. This is especially disappointing considering how much time and effort goes into making YouTube video that generate millions of views.

YouTube continues to reign supreme in terms of revenue though, while their users often get paid very little for their time. A new decentralized, blockchain-based token called Stream aims to change this, allowing video content creators to be fairly rewarded for their time.

Launched this past September, Stream incentivizes new and existing video creators to make great content by automatically distributing newly minted tokens (directly exchangeable for any global currency) to creators based on their contributions to the ecosystem. This creates a system where, for the first time ever, video content creators are able to get paid directly for their work, without cost to viewers and without the need to rely on brand endorsements.

Stream also allows livestreamers to easily and anonymously accept payments from their global audience members with extremely low transaction fees, without platform lock-in. These innovations enable a fully decentralized system where content creators earn more, viewers pay less, and the industry is no longer dependent on advertising and big-brand partnerships to survive.

Brave Browser and the BAT

Overall, browsing the internet is one of the most time-consuming activities individuals partake in. And while millions of users spend endless hours online, even more time is spent due to the amount of ads that pop up during a browsing session.

In order to solve this problem, the co-founder of Mozilla, Brendan Eich, created a niche browser called Brave. Brave’s initial business model gained much attention, as it was known for blocking all ads, as well as ad trackers shown by website publishers.

This business model relied on scrubbing websites of ads and ad tracking, then replacing those ads with its own. This model was not aimed at individuals but at the anonymous aggregate of the browser’s user base. If enough people used the browser, Brave would share its ad revenue with users and content creators. Known as “Brave Payments,” this would replace existing ad revenue.

Brave Payments were made with bitcoin and funded by users. Website publishers were paid from users’ virtual wallets and Brave took a 5 percent cut from each wallet. However, several complaints were issued by various online publishers around this business model, noting that this practice violated federal laws.

Brave looked toward blockchain technology as an alternative to replace Brave Payments and recently launched a cryptocurrency project called BAT, which stands for “Basic Attention Token.” In order to solve the problems associated with digital advertising, Brave’s BAT aims to put a price on online users’ attention with blockchain-based tokens that will be traded among publishers, advertisers and those willing to view ads.

Through this model, advertisers can provide publishers with BATs based on the measured attention on ads from users. In turn, users will also receive some BATs for participating, which can be donated back to publishers or used on the platform. In a nutshell, users are essentially being rewarded for the time they spend viewing ads online.

Cryptocurrency platforms such as mytime, Stream and Brave Browser’s BAT are just a few examples of new ways digital currency is being applied to help us make the most of our time. Other similar models, like Vezt, are also starting to emerge as this concept gains traction. Finally, content creators, internet users, service providers and more are able to earn currency for time spent doing what they enjoy.

How To Restore Your Database From a SQL Backup | Hacker Noon