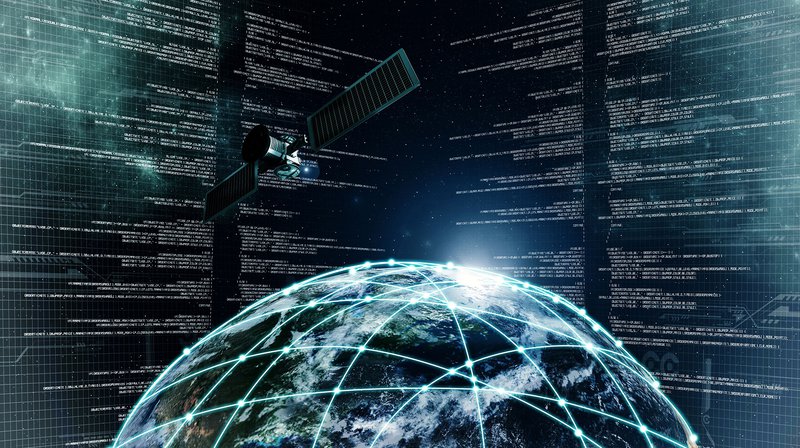 According to the developers, Nexus technology offers improvements over existing blockchain systems like Bitcoin and Ethereum. For example, Nexus features SHA-3 cryptography with 571-bit keys, which is believed to offer “quantum security” against future attacks based on next-generation quantum computers. Nexus is also developing a “3D Chain” (3DC) to address the current challenges of speed and scalability in the cryptocurrency industry.

“The future of Nexus combines satellites, ground-based mesh networks, and blockchain technology to facilitate the formation of a decentralized internet,” notes the joint press release. “Nexus is building the foundation to broadcast the blockchain and Nexus Network from space,” adds the Nexus website. Basing the Nexus cryptocurrency in space can, according to the developers, protect it from interference from governments and corporations.

“With Bitcoin’s valuation at an all-time high, people are beginning to accept cryptocurrency as a real form of payment, but there are still problems with storage and ownership,” Colin Cantrell, founder and lead core developer of Nexus, said in a statement. “The capabilities provided by the GalacticSky platform, combined with the flexibility of Vector’s launch model, bring us one step closer to accomplishing our mission of providing the world with a decentralized currency that can be accessed virtually anywhere, anytime.”

While the Nexus cryptocurrency is not directly related to decentralizing the internet, its future infrastructure, based on satellites and mesh networks, is.

Vector’s GalacticSky platform, launched in 2016, is a “satellite virtualization platform” that offers customers the possibility to test new space applications with satellites already in orbit, before committing to the costly process of designing and launching their own satellites. GalacticSky customers will be able to reconfigure existing micro satellites dynamically and in near real-time, just like software-defined radio systems. In fact, Vector describes GalacticSky as a software-defined satellite platform. Established to develop affordable launch capabilities and in-orbit platforms for the micro-spacecraft sector, Vector has been described as a hot space startup and a potential SpaceX competitor.

“Over the last year, we’ve made many advancements in order to solidify our standing as a leading nanosatellite launch company,” said Vector co-founder and CEO Jim Cantrell, the father of Nexus’s Colin Cantrell. “Housing Nexus’[s] cryptocurrency on our GalacticSky platform not only validates our proof of concept, but demonstrates how prolific this opportunity is for startups looking to innovate in space without the need to build their own satellite.”

Jim Cantrell was also on the founding team of Elon Musk’s SpaceX and Moon Express, the first private company to attempt to land on the lunar surface. Earlier this year, Vector and Citrix partnered to bring data center and cloud virtualization technology into space. Vector also announced a partnership with Astro Digital to launch one of Astro Digital’s satellites in 2018.

The ambitious plans of Vector and Nexus can be compared to the Blockstream Satellite service, which broadcasts real-time Bitcoin blockchain data from satellites in space. An important difference is that Blockstream doesn’t operate satellites but uses existing commercial satellites as relays.

An even more important difference is that, with the new initiative, the new and independent Nexus cryptocurrency will be really based in space, running on a blockchain distributed across across multiple satellites. Therefore, according to the joint press release, “Nexus is no longer tied to a nation-state and can create the backbone for a more decentralized financial ecosystem.”

In a video, Colin Cantrell explains Nexus history, vision, current state and future plans. In another video, he provides an overall view of Nexus architecture and zooms in o scalability and quantum security aspects.

The Art of Saying NO | Hacker Noon

How Technology Can Help with Mental Health Diagnosis | Hacker Noon