Skip to content
Home » Warning Signs? A Timeline of Tether and Bitfinex Events 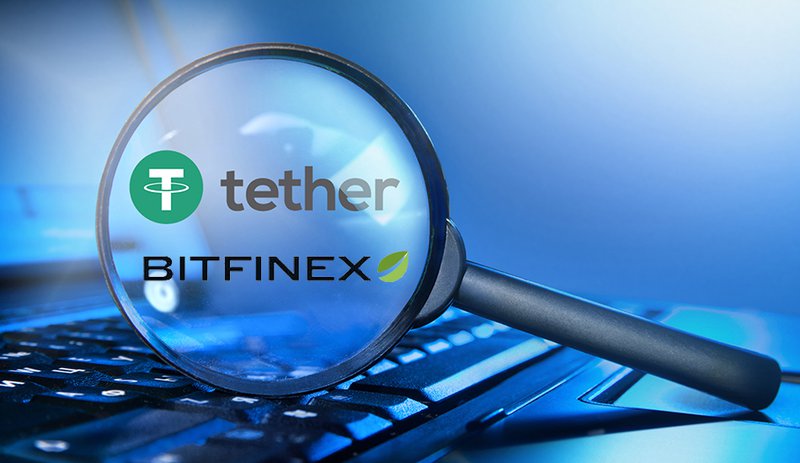 Concerns are growing as to whether tether (USDT), the stable token pegged to the dollar, is backed by actual U.S. dollars. And recent scrutiny by U.S. regulators is doing nothing to allay those fears.

As of this writing, the number of USDT in circulation is 2.2 billion. That means Tether should have a matching number of dollars in one or several bank accounts. But, so far, no external audit has been conducted to show the money actually exists.

Tether is owned and operated by the same individuals who run the largest Bitcoin and cryptocurrency exchange in the world. An unregulated exchange, with no official oversight, Bitfinex handles a daily trading volume of around $2 billion.

In 2015, Tether began issuing USDT at a slow pace. But after Bitfinex was cut off from all  formal banking in April 2017, that issuance took on rapid, and later, almost frenzied, pace, with higher and higher volumes being printed each month. During the same  period, the price of bitcoin rose from $1,000 to a peak of $20,000 in mid-December.

If regulators were to crack down on Bitfinex/Tether, it is hard to guess what impact that might have on cryptocurrency markets at large. To get a broader picture on the history of Bitfinex and Tether, the following is a timeline of events.

2012 — iFinex, the company that becomes the parent company for Bitfinex and Tether, is founded in Hong Kong.

September 2014 — Bitfinex operators Potter and Devasini set up Tether Limited in the British Virgin Islands, but tell the public that Bitfinex and Tether are completely separate.

November 20, 2014 — Realcoin rebrands to “Tether,” stating it wants to avoid association with “altcoins.” At the same time, the company announces several partners, including Bitfinex. Some question if Bitfinex actually purchased Realcoin and simply wanted to hide the fact that an exchange was issuing dollarized tokens.

February 25, 2015 — Tether begins trading, but the amount of USDT in circulation remains relatively flat throughout 2015 and 2016.

May 22, 2015 — Bitfinex loses 1,500 bitcoin, worth $400,000 at the time, when its hot wallets, connected directly to the internet, are hacked. The amount represents 0.06 percent of the company’s total holdings. Bitfinex indicates it will absorb the losses.

June 2, 2016 — The U.S. Commodity Futures Trading Commission (CFTC) fines Bitfinex $75,000 for offering illegal off-exchange financed retail commodity transactions in bitcoin and other cryptocurrencies, and for failing to register as a Futures Commission Merchant as required by the Commodity Exchange Act. In response, Bitfinex moves its money from an omnibus account into multisig wallets protected by BitGo.

August 2, 2016 — In the second-largest digital currency exchange heist in history at the time, Bitfinex is hacked when a thief gets away with nearly 120,000 bitcoin, worth around $75 million at the time. Bitfinex never reveals full details of the hack, but BitGo, the security company that had to sign off on the transactions, claims its servers were not breached.

August 6, 2016 — Bitfinex “socializes” its losses from the theft by announcing a 36 percent haircut for almost all of its customers. In return, customers receive BFX tokens, initially valued at $1 each. The tokens can be traded or used to buy shares in iFinex, the  parent company of Bitfinex. Since no third-party audit is conducted, it is not clear if Bitfinex is solvent at this time or simply trying to stay afloat.

August 17, 2016 — Bitfinex announces it has hired Ledger Labs, a blockchain forensic firm, to investigate the theft and perform a complete financial audit of its cryptocurrency and fiat assets; only the public nevers sees the results of the investigation, and months later, Bitfinex admits it never actually hired Ledger Labs to perform an audit to begin with.

October 13, 2016 — Bitfinex allows customers to convert BFX tokens, at a value of $1, to equity shares in iFinex. To many, who had seen the value of their BFX tokens drop far below $1 (one Redditor reported the price dropping to $0.30), the deal seems too good to pass up. Roughly a third of all BFX tokens are converted 1:1 to RRT tokens.

March 31, 2017 — Wells Fargo, the last bank willing to process Bitfinex transactions, cuts off all services to Bitfinex and Tether, according to court documents in a lawsuit Bitfinex files against Wells Fargo later. Bitfinex is not a direct customer of Wells Fargo but a customer of four Taiwan-based banks that use Wells Fargo as a correspondent bank.

April 3, 2017 — Bitfinex announces it has paid off all the debt incurred from the August hack, by redeeming all of the dollarized BFX tokens it issued during the haircut. BFX trading is halted and any remaining BFX tokens are destroyed.

April 5, 2017 — Two days after announcing it had paid off its debt, Bitfinex files a lawsuit against Wells Fargo for interrupting its wire transfers. Tether is listed as a plaintiff. In addition to an injunction order, Bitfinex seeks more than $75,000 in damages.

April 6, 2017 — A pseudonymous character known as “Bitfinex’ed” debuts online. He begins tweeting, accusing Bitfinex of creating tether out of thin air to pay off debts. (In January 2017, only 10 million tether were in circulation; now there are 55 million.)

April 11, 2017 — Bitfinex and Tether voluntarily dismiss the lawsuit against Wells Fargo. Potter, the director of Bitfinex, admits later that they were only hoping to buy time.

April 17, 2017 — Following an announcement about wire delays, Bitfinex announces it has been shut off by its main banks in Taiwan. At this point, Bitfinex has lost all ties with formal banking and is left to move between a series of banks in other countries.

May 5, 2017 — After declaring that it never actually engaged Ledger Labs for an audit, Bitfinex hires Friedman LLP to complete a comprehensive balance sheet audit. “A third-party audit is important to all Bitfinex stakeholders, and we’re thrilled that Friedman will be helping us achieve this goal,” the company says.

August 5, 2017 — Bitfinex’ed starts blogging. His first blog post introduces a character he calls “Spoofy.” A video shows a trader (Spoofy) putting up a large order of bitcoin on Bitfinex only to cancel the order as soon as the price of bitcoin begins to go up. Mt. Gox, an exchange that handled 70 percent of all Bitcoin transactions worldwide before going bankrupt in 2014, was also accused of manipulating markets.

November 7, 2017 — Leaked documents dubbed “Paradise Papers” reveal Bitfinex and Tether are run by the same individuals. Up until now, Tether and Bitfinex insisted the two operations were separate.

November 19, 2017 — Tether is hacked and 31 million USDT (worth an equivalent amount in U.S. dollars) are moved from the Tether treasury wallet and sent to an unauthorized Bitcoin address. Tether initiates a hard fork to prevent those funds from being spent.

December 2, 2017 — In a quarterly report Bitfinex announces it will no longer serve U.S. customers because it costs too much too serve them. But, the move, which began in August, follows a U.S. Securities and Exchange Commission (SEC) crackdown on tokens generated by initial coin offerings (ICOs) that may be securities.

December 4, 2017 — Bitfinex hires law firm Steptoe & Johnson and threatens legal action against critics. Bitfinex does not specify who exactly it might sue, but the individual in question appears to be Bitfinex’ed, the blogger who continues to accuse Bitfinex of manipulating markets and printing more tether than it can redeem.

December 6, 2017 — The CFTC sends subpoenas to Bitfinex and Tether, Bloomberg reports. The actual documents are not made public.

December 21, 2017 — Without making any formal announcement, Bitfinex appears to suddenly close all new account registrations. Those trying to register for a new account are asked for a mysterious referral code, but no referral code seems to exist.

January 12, 2018 — After a month of being closed to new registrations, Bitfinex announces it is reopening its doors, but now requires new customers to deposit $10,000 in fiat or cryptocurrency before they can begin trading.

January 27, 2018 — After five months of stating an audit was forthcoming, Tether parts ways with auditor Friedman LLP. “Given the excruciatingly detailed procedures Friedman was undertaking for the relatively simple balance sheet of Tether, it became clear that an audit would be unattainable in a reasonable time frame,” Tether tells CoinDesk.

Correction: In January 2017, there were 10 million USDT in circulation. A previous version of this story said $1 million.

That Time I Applied to 600 Jobs | Hacker Noon