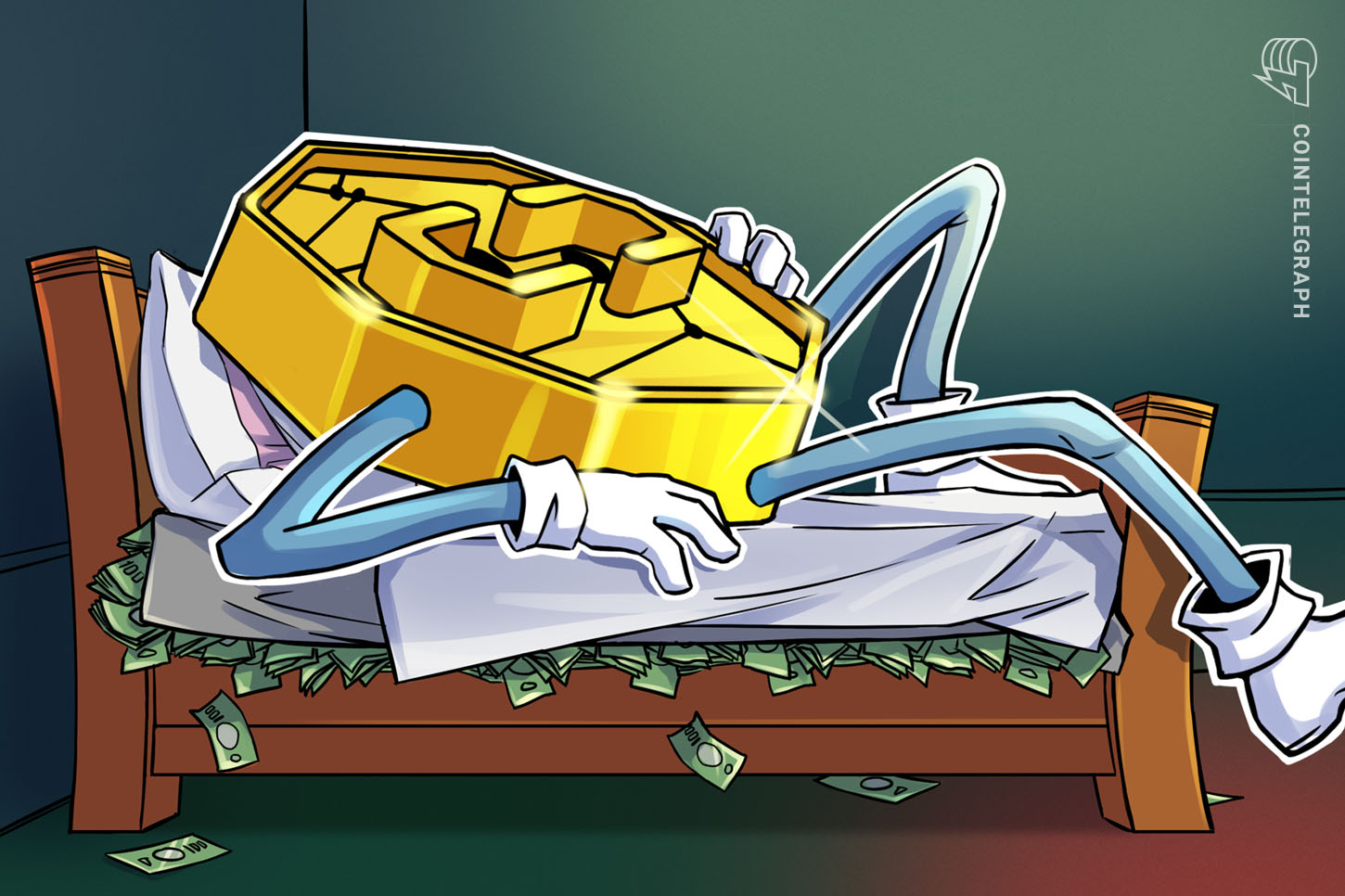 During times of international economic crisis, governments print money. This leads to inflation and investors subsequently stashing their investment capital in long-term, stable investments. Historically, that has meant gold, but in the current economic crisis, gold has been joined by another long-term store of value: Bitcoin (BTC).

There are several good reasons for this. The United States Federal Reserve is handling the crisis terribly, and has responded to soaring unemployment numbers in the same way they always do: by printing money. Already, the dollar has lost 5% of its value, with predictions that this is only the beginning. The currency is expected to shed up to 20% in the next few years, according to analysts at Goldman.

Alongside this devaluation has come another threat to investors: deflation. With the value of dollar assets dropping rapidly and the worst yet to come, investors are looking to Bitcoin as a hedge against deflation. This appears to be the primary reason why Bitcoin has retained its value despite woeful news in other parts of the economy.

Are these investors correct, though? Can cryptocurrency act as a hedge against the dollar’s inflation? Let’s dive into it.

For crypto investors accustomed to dealing with daily — or even hourly — market movements, it can sometimes be easy to forget about the macro-level trends that drive our economy. Inflation is one of these, and it’s useful to have a broad definition of the term before we look specifically at the role of crypto in beating it.

Essentially (and as you might remember from Economics 101), inflation generally comes about because of a general decrease in the purchasing power of fiat money. Many things can cause this loss of purchasing power: foreign investors pouring out of a particular currency, or even investors attacking a currency. Most often, though, inflation is the result of an increase in money supply, like when the Fed unilaterally creates billions of dollars and sends out checks to millions of Americans, for instance.

Deflation is the opposite. In deflationary scenarios, prices decrease as fiat currency increases in value relative to different goods and services. Again, there can be different causes for this, but it generally comes about due to tightly controlled fiscal policies, or technological innovation.

The global pandemic and inflation

The key point in these definitions is that inflation can only occur in fiat currencies — i.e., those not based on the market value of a tangible asset, but largely on confidence in growing gross domestic product. Since the Bretton Woods agreement of 1944, the latter has been the basis of the U.S. dollar’s value.

Having a fiat currency gives governments a powerful degree of freedom when it comes to printing money, and supposedly when it comes to controlling inflation. However, when confidence in the government is low (as it is now), government spending programs can lead to inflation quickly getting out of control. In the 1970s, gold boomed because investors saw it as a hedge against the dollar’s rapid inflation.

This is similar to what is happening now. The global COVID-19 pandemic has given rise to a massively inflationary monetary policy and aggressive expansion of money supply while prices in certain key areas such as food staples keep increasing due to supply shocks caused by lockdowns.

In this environment, it’s no surprise that gold is booming. There is, after all, only a limited supply of gold on earth, and so its price cannot easily be affected by government policy. Some crypto currencies, however, are also booming — apparently for the same reason. Billionaire investors are therefore lining up to compare Bitcoin to gold.

The reason why some forms of cryptocurrency can act as a hedge against inflation is precisely the same reason gold can: there is a limited supply. This is something that is often forgotten about by many, even those in the crypto space, but it’s worth remembering that many cryptocurrencies — and most notably, Bitcoin — are built with an inherent limit.

The 21 million Bitcoin limit means that at a certain point, there should be fewer Bitcoins versus the demand for them, meaning that in terms of value, the price per unit should increase as the supply decreases. In addition, the fact that Bitcoin allows investors to limit their exposure to government surveillance networks means that, in this time of low confidence in government, many people are moving their investments away from the U.S. dollar and toward crypto in order to avoid inflation and government tomfoolery. In other words, the comparison with gold investments of previous crises seems pretty apt.

But here’s the thing: It’s not completely clear that Bitcoin is, in fact, a deflationary asset. Or at least, not yet. While it is technically true that the supply of the currency is limited, we are nowhere near that limit, with most estimates putting the last Bitcoin to be mined in 2140. What this means, in practice, is that Bitcoin will be unable to act as a completely stable hedge against inflation for at least another 120 years.

This might not matter that much, of course. One of the primary driving forces behind the rise of Bitcoin has been the combination of (relative) stability and (relative) variability that it affords. In this context, it’s heartening that investors now regard crypto as a stable hedge against an inflating U.S. dollar, but to regard crypto as merely a replacement for gold would be to miss the point: Cryptocurrency is far more than just a hedge.

This article does not contain investment advice or recommendations. Every investment and trading move involves risk, readers should conduct their own research when making a decision.

Jeff Baerwalde is a freelance journalist. He can be found hanging out in comic book shops when he’s not consulting as an environmental evangelist for his company, Earth One.