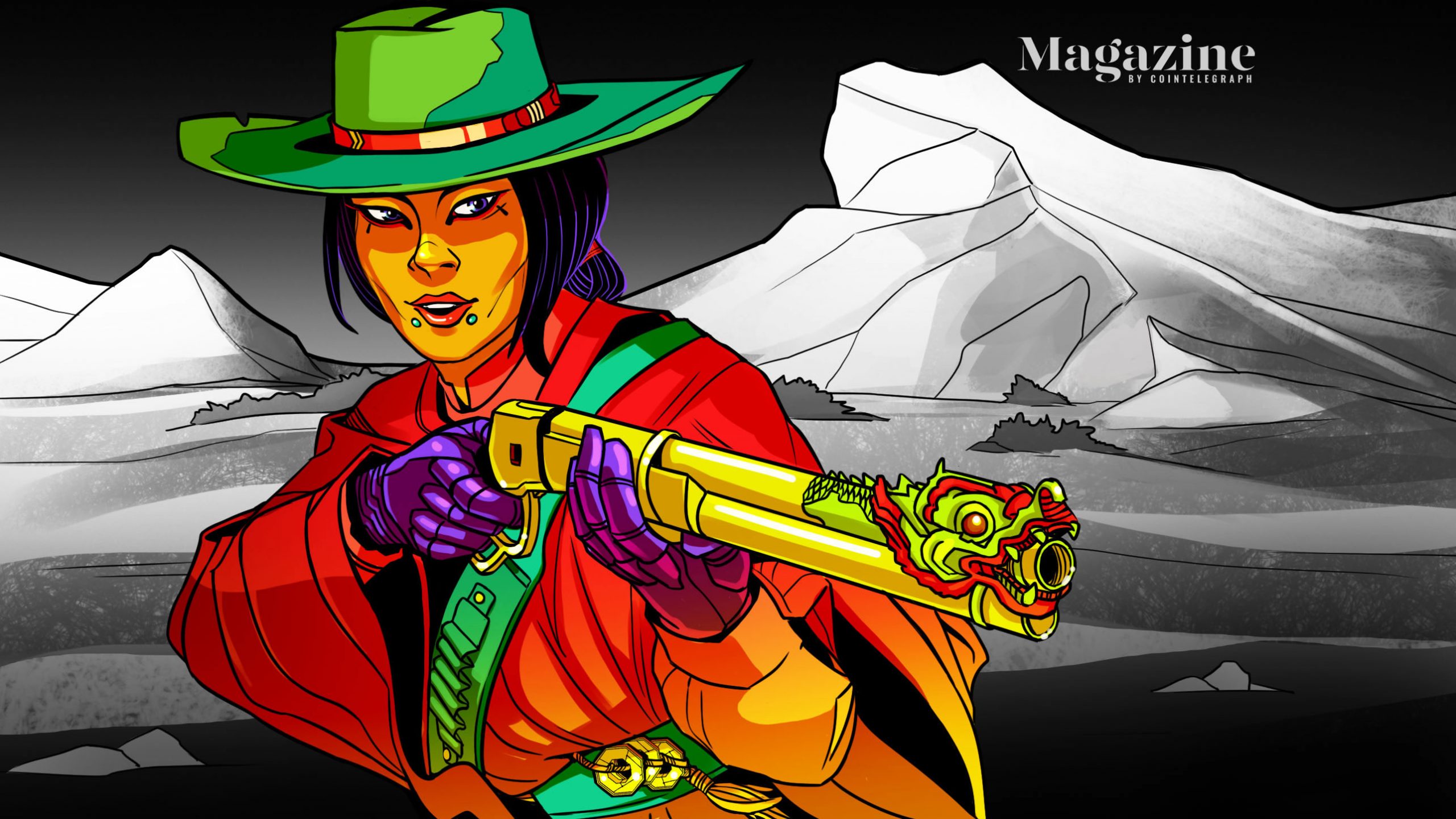 For many people involved in the international crypto space, the idea of throwing valuable Ether tokens at comically named blockchain projects in anticipation of unworldly profits now seems a laughable and distant memory.

There is little doubt that what we experienced with the 2017-2018 Initial Coin Offering (ICO) mania was a once-in-a-generation phenomenon, the somber aftermath of which will perhaps live longer in the memory than the euphoria of December 2017.

In hindsight, one cannot help but wonder how investors were naïve enough to believe in all those grandiose claims of blockchains solving every imaginable problem in the world, or how they thought they could get into an ICO token listing early and get out in profit with impeccable timing.

While the crypto industry in the West has seemingly matured since those wild days, with a growing focus on institutions and innovative trading products, the landscape remains quite different in China.

Despite all the lessons learned from 2017-2018 and growing sophistication among retail investors, various crypto-related Ponzis, MLM schemes, and pump-and-dumps are still very much alive in China today. Even for a seasoned observer of the China crypto scene who has seen the recurring themes, this can still be baffling. Considering the magnitude of some spectacular Chinese exit scams such as PlusToken, Wotoken, and the Fcoin debacle, one cannot help but wonder – when will people learn?

“Although the situation has improved somewhat, it’s unfortunate that scams and Ponzis are still a common feature of the China crypto ecosystem”, says Graham. “Many of these schemes are regional in nature, are associated with veterans of China’s P2P and MLM industries, and feature common players. The largest scams such as PlusToken make international headlines, but there are many more examples.

For instance, an alleged scam called V-Dimension (or VDS) claimed to help users create ‘passive wealth flow.’ VDS marketed itself with a ‘V for Vendetta’ theme, complete with masks and cheesy music and lines. Keeping with the theme, ‘investors’ had to use the Tor network to access the project’s whitepaper. This VDS project even is listed on a fairly popular China-centric exchange, but needless to say it hasn’t gone well.”

Graham’s sentiment is echoed by others who are familiar with the crypto scene in China. Mr. Z, a formerly active crypto speculator in Shanghai who asked to remain anonymous, explained that “In China, we often see two main types of scams, one being illegal MLM schemes such as PlusToken, and the other being malicious pump-and-dump ICOs like many of the no-name tokens out there.

The situation today is already a lot better than a couple years ago, with there being way fewer ICOs and it being more and more difficult for token issuing project teams to make money. Although you can still find retail investors who are interested with the hopes of making a quick buck, these people are now few and far in between compared to back in 2018.”

In China, the retail “bagholders” who lose money via misplaced speculation or MLM/P2P lending exit scams are pejoratively known as “leek/chives” (韭菜), and when schemers dump their tokens on these speculators the act is known as “chive cutting” (割韭菜).

This endearing terminology is derived from the fact that when you chop off the tip of a chive, it will soon grow back again; just like the wave after wave of retail speculators driven by greed and desperation.

Mr. Z described these people as becoming increasingly elusive. “New ‘chives’ in crypto are harder and harder to find now, and a lot of the people who are still buying ICOs today are actually older ‘chives’ who either made or lost money previously who are still holding out hope for one more lucrative opportunity.

In the meantime, many of the newer MLM schemes have now moved to the third and fourth tier cities, targeting forty-plus middle-aged people with savings who understand very little about blockchain technology or the financial markets, but are still prone to being lured by the promises of quick and guaranteed returns. These ‘chives’ will typically spread the message by word of mouth with their friends and relatives, to bring more people onboard.”

Insights from Graham and Mr. Z, combined with my own experiences, paint a clearer picture of the reality in China’s crypto scene. China is a large country with significant regional divides not only in culture, food, and habits, but in the dissemination of information. The highly guerilla and agenda-driven nature of China’s crypto media space means that for many retail investors it is nearly impossible to distinguish the good information from the bad. KOLs and WeChat-based syndicate groups are very common, not dissimilar to the syndicates and paid trading groups that flourished during the peak of the ICO bubble in the West.

A while ago, an anonymous interview (in Chinese) about the inner workings of Chinese ICO market makers shed light on a business not well known to the public at the time; but the interview was quickly redacted from many crypto media publications. The lack of objective information, coupled with innate human greed and a culturally embedded appetite for speculation, seem to combine perfectly to elongate the lifespan of shady crypto projects in China.

Why ICOs Remain Popular in China

But what, specifically, is so innate to China that it drives this unquenchable appetite for speculation? For a clearer picture I spoke with Nick Niu, who is in charge of China business development for Blockstream. Niu is a Chinese citizen with a Western education, who has spent some years investing in both traditional financial instruments and crypto assets.

“But we have to note that this type of behavior doesn’t only happen in China – it has happened in developing countries in Europe in the 90’s and now China and Southeast Asian countries. It just looks particularly extreme in China because China has a huge population and a lot of capital, so everything is magnified.”

Niu continued, “There are many factors that contribute to this type of extreme retail speculation in China, and personally I can think of a few.

Niu’s insights paint a clear picture of the internal and external factors that influence the behaviors of many Chinese retail speculators. It is verifiable with a casual perusal of Chinese crypto groups and media accounts: The general level of knowledge and interest in actual blockchain technology and decentralization ideology is quite low among retail speculators. At the end of the day, the incentives are clear when it comes to crypto — it’s all about speculation and profits, and it’s not really different anywhere.

Where are the Cypherpunks and HODLers?

Yet in the Western crypto scene, many investors are familiar with the names of cypherpunks or coding geniuses who were at the forefront of the decentralization movement. People with vision or technical aptitude who represent the expert voices of the industry, such as Adam Back, Nick Szabo, Andreas Antonopoulos, and so on. A browse around “Crypto Twitter” will also unearth swarms of highly ideological crypto participants, whether be it the “Bitcoin Maximalists,” “Eth Heads,” or the “XRP Army.”

So where are the evangelists, the prominent personalities in the China crypto scene? Where are the “HODLers?”

In a recent tweet, Graham asked Crypto Twitter if they knew the names of some Chinese Bitcoin “OG’s” (Original Gangsters… Old Guys… take your pick) and it turns out not many people in the Western crypto space had even heard of the likes of Li Xiaolai and Chandler Guo.

Although these Chinese OG’s may not have come from cypherpunk roots in developing earlier versions of peer-to-peer electronic money, they certainly did come with very interesting backgrounds and stories. Graham shared with me enthusiastically that “Crypto in many ways is a natural fit for China. It’s a disruptive technology that is accessible to those outside traditional power structures, lends itself to extreme entrepreneurship and personalities, and has a great need for affordable electricity.”

“As a result,” he continued, “it has attracted many and varied Chinese entrepreneurs. Jihan Wu was a graduate of the prestigious Beijing University before founding Bitmain with Micree Zhan. Li Xiaolai was a charismatic teacher and writer who at least at one point was considered to be the largest Bitcoin holder in Mainland China. Chandler Guo was a beef salesman who now lives in a 100,000 square-foot California estate he calls the “Mansion of Chives” after a slang term associated with retail investors losing money, while Huobi’s Leon Li was a graduate of Tsinghua University and a computer engineer at Oracle.”

Digging back into the early archives of the Chinese crypto scene, it becomes quite clear that many of these Chinese OG’s were indeed early evangelists for decentralization or visionary entrepreneurs, but they have long since removed themselves from the public spotlight, probably for good reason. Since this generation of enthusiasts, however, it appears that the general focus among Chinese crypto participants has mostly been on pragmatism and short term speculation rather than libertarian ideology or long term vision for tech or product.

Lixin Liu, a long term Bitcoiner and Head of Hardware at Cobo Wallet, weighed in, suggesting that “People in China like trading more, and few people HODL here which can be told from our hardware wallet sales numbers too. Hardware wallet sales in China are roughly equivalent to sales in Australia, which has a much smaller population.”

Nick Niu added his personal perspective: “Back in the early days there were a lot of crypto people in China who were libertarians and hardcore believers in the tech and decentralization, and even now sometimes we still reminisce about those days. However, over time with all the ICOs and people getting rich or getting scammed, many people became jaded about the industry as a whole. Personally I am still a believer in Bitcoin and decentralization, and I am still HODLing Bitcoin, but let’s focus on our personal capacity before we have lofty expectations of individuals changing the world.”

Perhaps the seemingly-unhinged crypto speculation in China isn’t so shocking after all.

After all, is it reasonable to expect people to change the world before they change their personal circumstances?

(This article has been updated with a clarification to the translation of Nick Niu’s final quote.)